Fujiko Fujio, Co-creator of Doraemon, Passes Away at the age of 88

One of the greatest manga artists of all time has died 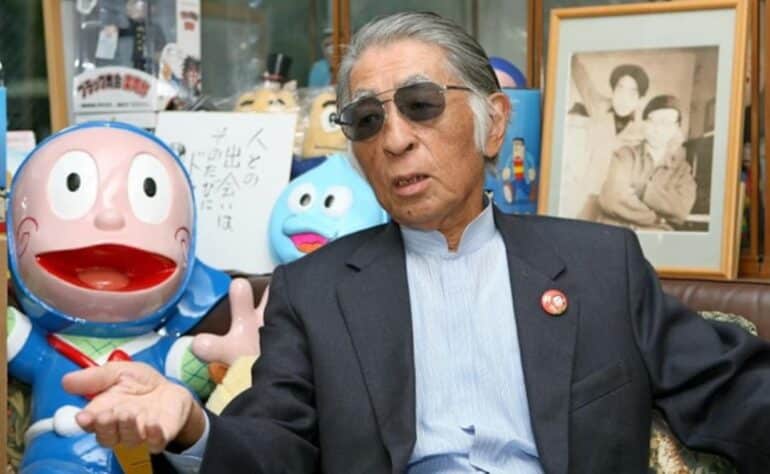 Recently, Japan has lost of one its greatest top manga creators of all time after the passing of Fujiko Fujio. He lived to the age of 88. According to Japan local news, Fujiko was found dead at his home in Tokyo’s Kawasaki Thursday morning by the police. The cause of death is still being determined but no evidence of foul play was found. According to the police, it is very likely that Fujiko Fujio died of natural causes due to old age.

Fujiko Fujio, whose real name was Motoo Abiko, is known as the co-creator of Doraemon alongside his friend, Hiroshi Fujimoto, or Fujiko F. Fujio. The two childhood friends formed a collaborative partnership in 1951 and went on to create some of Japan’s most iconic characters. Their creative partnership dissolved in 1987. Fujiko F. Fujio would later pass away in 1996.

Fujiko Fujio contributed to penning many big manga titles such as Ninja Hattori-kun, Kaibutsu-kun (The Monster Kid), Pro Golfer Haru, and many others. The Laughing Salesman, in particular, was considered one of his masterpieces. It followed a mysterious salesman who offers to “fill the emptiness in people’s souls”. It is noted as one quite darker than his other works.

In 2008, Fujiko A. Fujio was awarded the Order of the Rising Sun, Gold Rays with Rosette.

Many of his relatives, friends and fans have tweeted their love and condolences for the artist and have prayed that his soul may rest in peace.