An overview on the Vermillion Hereafter set in Genshin Impact. 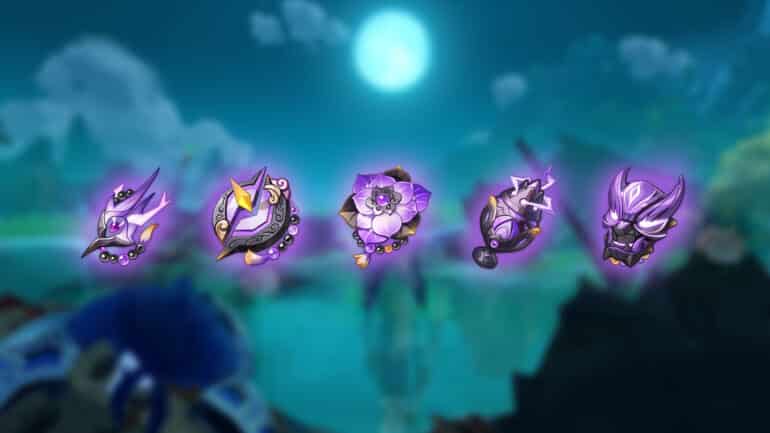 Vermillion Hereafter is one of the newest Artifact Sets added along in the Genshin Impact 2.6 update. This set’s max potential rewards users with additional attack power for each time they get hurt.

How to get the Vermillion Hereafter Set in Genshin Impact?

The Artifacts included in the Vermillion Hereafter set can be obtained from The Lost Valley domain as clear rewards. 4-star and 5-star rarities of this set can be received from the rewards.

Having 2 pieces of from the Vermillion Hereafter set equipped grants ATK +18%.

After using an Elemental Burst, this character will gain the Nascent Light effect, increasing their ATK by 8% for 16s. When the character’s HP decreases, their ATK will further increase by 10%. This increase can occur this way maximum of 4 times. This effect can be triggered once every 0.8s.

The Vermillion Hereafter set’s 4-Piece bonus leaves it useful to only a select few characters, otherwise you will have to adapt a more aggressive play style by intentionally taking in hits until you max out the Nascent Light stacks. Not to mention that the skill only procs if the character actually takes in damage; it does not proc on shielded damage.

Because of this, the Vermillion Hereafter set is specifically for Xiao’s use thanks to his Elemental Burst in which he continuously loses his HP during the entire burst. Other characters that may make the set work for them are:

Getting the set for Zhongli isn’t recommended despite his high HP due to his shield skill that can interrupt him from getting stacks.

Should I farm for the Vermillion Hereafter Set?

If you don’t have a fully kitted Xiao yet, you can go farm for this set as it is tailor made for him. Otherwise, one main reason why you would still want to get this set to replace your Xiao’s current set (if maxed) is if you want to switch to a more aggressive and burst-y play style to get more rewards out of the risks. The current sets such as Gladiator’s Finale and Viridescent Veneer are somewhat already at par with this new set.

Check out this video by Moba and Chill comparing the Vermillion Hereafter set with a mixed set: