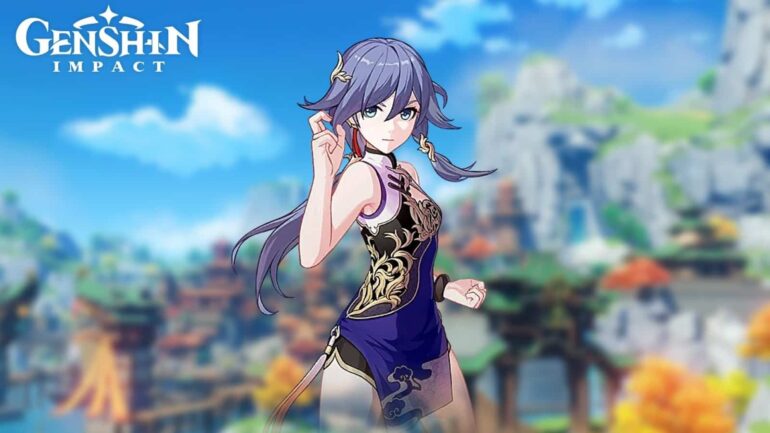 It wasn’t long since miHoYo confirmed new characters Shenhe and Yun Jin coming to Genshin Impact in the next update. Those characters haven’t even been released yet and already another character, Yelan, has been leaked. What are the details about this new mysterious character? Here’s all we could gather from official sources to leaks online.

From what we can gather, Yelan appears to be a young woman from the Liyue region. She appears to be a dedicated martial artist but it is unknown as to what her weapons and Vision is at this time.

There are talks online from the leak that Yelan bears a strong resemblance to a Honkai Impact character, Fu Hua. Yelan may have been potentially teased in Genshin Impact’s Moonchase festival video.

There is no official word that confirms Yelan as a playable character in Genshin Impact. But as we draw closer to 2.4, the developers may soon make an announcement on when Yelan will be released.

We suspect that miHoYo will drop details about this mysterious blue-haired woman once Shenhe and Yun Jin have been released.

Yelan may be the first ever of her kind. Leakers have discussed the possibility of new weapon types being introduced to Genshin Impact. A well known leaker, UBatcha, has revealed online that Yelan may be a crossbow user which is a first in the game.

While we could be skeptical of this. Crossbows, by nature, are naturally much slower than loading Bows. It could be difficult to imagine how this could play into Genshin Impact’s fast paced gameplay.

As for her Vision and abilities, we have yet to get any concrete information. Considering that miHoYo has added an abundance of Geo characters recently, we could guess that Yelan may be a Pyro or Anemo character.