God of War – What’s the Best Difficulty to Play On?

From easiest to hardest, which is the best difficulty for you? 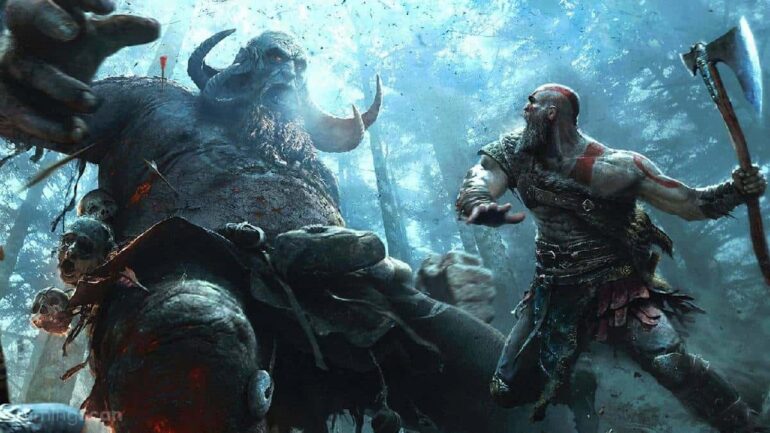 If you’re anything like me, and you want a balanced but challenging experience then you might be asking yourself “what’s the best difficult to play on?” in God of War. Ever since its release, God of War was one of the most revered PlayStation exclusives. Now that it’s come to PC, it’s now available to a broader audience seeking to see what God of War has to offer.

On this guide, we’ll show you all the differences between difficulties and recommend which one is the best for you to play on. If you want to know more about this game, check out our God of War review.

God of War – Give Me a Story Difficulty

As the name implies, Give Me a Story Difficulty is meant for those seeking what the narrative nature God of War has to offer without being challenged by the gameplay. If you want a smooth experience and explore the relationship between Kratos and his son without being burden by combat too much, then this might be for you.

Give Me a Story difficulty is essentially easy mode. That being said, you’re not invincible and you still need to lean the game’s core mechanics to make it through the story. You won’t need to be as mindful of your gear and abilities unlike the difficulties down below.

God of War – Give Me a Balanced Experience Difficulty

This is the difficulty recommended to most players. Give Me a Balanced Experience is essentially Normal difficulty. According to many, this was the way God of War was intended to be experienced. Enemies can give you significant pushback, but you won’t experience as much frustration and tension you would on harder difficulties.

As the name implies, Give Me a Balanced Experience tweaks the game to be as balanced as possible. Not too hard, not too easy. There will be moments in the game which will push you to be at your best. You’ll have to be mindful of your gear and abilities as you enter each fight.

On this difficulty, you’ll have to be mindful of your resources and upgrades. We highly recommend going with Give Me a Balanced Experience Difficulty for your first playthrough.

God of War – Give Me a Challenge Difficulty

If you’re the type who wants the game to push you past your limits, then Give Me a Challenge is what you’re looking for. Enemies are tougher than normal and the game is less forgiving. To survive in difficulty, you’ll have to learn the core mechanics quickly and choose your upgrades carefully.

This is essentially God of War’s Hard mode. And we recommend this for either players who are experienced in action games and those who are already on their second run. Unprepared players might find themselves frustrated at how challenging the enemies can be and may want to try easier difficulties before tackling this one.

You’ll have to pay close attention for when enemies telegraph their attacks on this difficulty. Be sure to pay attention to your environment that you don’t get surrounded and attacked from all sides.

Give Me God of War difficulty is a recommendation for those who already mastered and finished the game. This is for those looking for a punishing experience and ready for the worst God of War has to offer. We definitely do not recommend this difficulty on your first time around as you cannot change it once you start the game in this mode.

This is essentially the game’s extreme difficulty. It’s even more challenging than Give Me a Challenge. Even normal enemy types that you’d previously have little problems with become a nightmare and you have to pay very close attention to your resources.

To get past Give Me God of War, you’ll essentially have to get every upgrade you can to get the best odds for survival. Expect to die a lot in this mode. We won’t recommend this difficulty at all for first time players as the frustration of combat will definitely turn away from the rich narrative.

Can You Change Difficulties in God of War?

Yes, you can change difficulties any time you feel that God of War is too easy or too hard. There is one exception. If you’re playing on Give Me God of War, then you are stuck on that difficulty with no way out. This is why we don’t recommend that difficulty unless you’re confident in what you’re doing.

To change difficulties, simply head to Options and change the difficulty settings there.

What’s The Best Difficulty to Play On?

But to be honest, there’s no real “best difficulty” to play on as your mileage may vary. You should choose between a difficulty that feels just right for you.

And that is all we have to say about what the best difficulty for you is for God of War. For more content on this game, check out our other God of War articles.

Check out this God of War PC Gameplay from jackfrags.