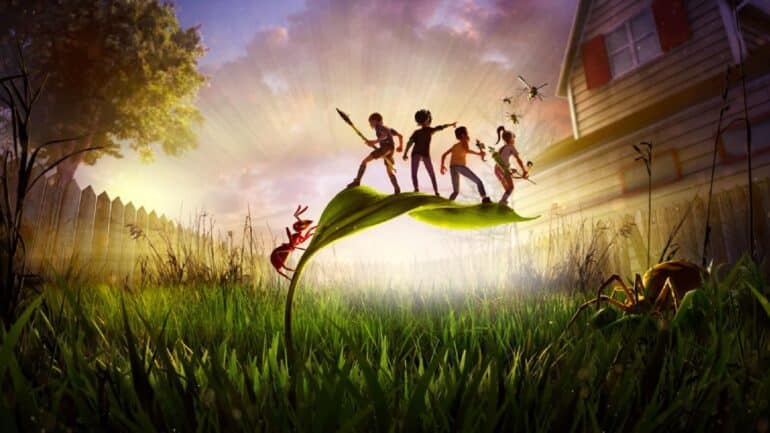 Grounded has officially launched and new players may be curious on what the game’s features, especially its Multiplayer mode, are like. We’ve had our fair share of fun and scares during early access, and having a friend to play with greatly improved the gaming experience without a doubt.

As such, if you’re just getting into Grounded and want to join in with your friends, here’s a quick rundown of how Multiplayer Co-op, Crossplay, and Cross Progression work.

Will Grounded Have Multiplayer Co-op?

Yes, Grounded will have multiplayer co-op of up to 4 players. Players will assume the character of one of four teenagers named Max, Willow, Pete, or Hoops as they explore a garden after being shrunk to a tiny size throughout the game’s narrative.

Yes, Grounded features Crossplay Multiplayer between Xbox (Xbox One, Xbox Series X|S) and PC (via Steam and Microsoft). Those using the Microsoft Store and Xbox consoles can play without any problems. But If you’re playing on Steam, you’ll need the Xbox companion app to connect with your friends. No matter who hosts subsequent sessions, all progress will be saved.

Yes, Gounded will have a cross-progression feature that lets you carry any progress with you when you switch from Xbox to PC platforms. You can, for example, play on a console one day and a PC the next and have quick and easy access to all of your game data and Shared Worlds.

If you own the game on Xbox and PC, you must use the same Xbox Live account on both. If you use a different Xbox account on each platform, cross-progression won’t be possible.

How to Host a Grounded Multiplayer Online Game?

To host an online game in Grounded, Simply go to the Multiplayer section of the Main Menu, and from there pick Host Online Game. You can then choose to either continue your existing game or begin a new one, and you can even restrict who can join the session with a password.

Starting a New game lets you choose between a Standard or Shared World.

Standard World – Each of these worlds exclusively belongs to you and is accessible through your Xbox Network Account. Only you can host this world, so if you quit the game, the session will end for everyone. You can have several backup saves and auto-saves as well.

Shared World – Since a Shared World is kept in the cloud, you may give your friends permission to act as hosts and run sessions in it even while you’re not there. One drawback is that there is only one persistent shared save for this world, so you can’t save games as a backup, and after you save, you can’t undo anything you did.

Once in the Lobby, you can invite your pals to the lobby by selecting Player List, then Invite Friends. Alternatively, they can join your lobby themselves by selecting the Join Online Game option in the Main Menu.

Additionally, they can look for your Gamer ID or Steam name in their friend list and join you that way.

With all that, you may now choose your character and the game’s difficulty, then start the game.

Can you play Grounded with more than 4 Players?

No, Grounded only allows up to 4 players to play together at the same time. There’s no official method established for playing with more than 4 players at this time of writing.

No, Grounded does not support Splitscreen on either Xbox or PC. This implies that in order to play with other people, they will each need their own copy of the game and their own console or PC.

If you like our Grounded Multiplayer guide, check out our other Grounded articles here.

Also check out this video by Sir Sim-Alot featuring All of the New Weapons in Grounded: