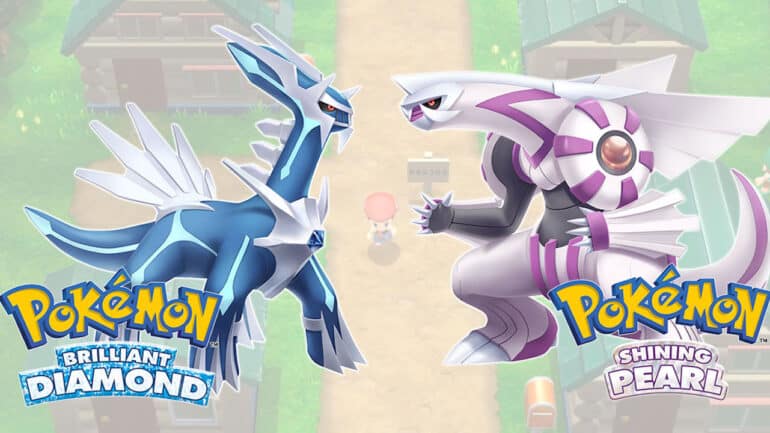 The Poké Radar is one of the more interesting tools that you can use in Pokémon Brilliant Diamond and Shining Pearl. It’s a tool you only get after completing the game. On this guide, we’ll teach you how to use the Poké Radar, what it’s for, and the Pokémon you can find with it.

How to Use the Poké Radar

You can only use the Poké Radar on tall grass as it won’t work in caves or when surfing.

What is the Poké Radar For?

The Poké Radar is used for catching Pokémon not native to the Sinnoh region, which is where Brilliant Diamond and Shining Pearl take place. With the Poké Radar you’ll also be able to catch Shiny Pokémon.

How the Poké Radar Works

Once you’ve activated the Poké Radar from the Key Items in your Bag, you’ll notice that the tall grass around you will begin to shuffle. This will indicate that the Poké Radar has found Pokémon in your area you should check out.

However, there are different types of grass shakes that you should look out for. You should know that when using the Poké Radar there should be at least 4 grass shakes in tall grass patch. If there isn’t at least four, it means that the game has chosen a random patch that isn’t tall grass. That’s why it’s best to use it when you’re in the middle of tall grass patches so the game doesn’t accidentally waste what could be a good encounter with some rare Pokémon.

There are 3 types of grass shakes in total you should watch out for.

Normal Grass Shakes aren’t particularly noteworthy but they’re still worth checking out. At most, they’ll be normal Pokémon encounters. But you can’t take that risk that it may be a rare Pokémon you’ve been looking for.

Strong Grass Shakes are indicated by their large blades of grass being shaken off. This will have a good chance of leading to a rare encounter with a Pokémon you may not have seen before.

Shiny Grass Shakes are incredible rare. As you can guess from the name, you’re very likely to meet Shiny Pokémon on these encounters. You’ll see Shiny Grass sparkle indicating what they are.

After your first encounter when wandering into shaking grass, it is possible that more grass will shake. Entering these subsequent grass shakes will allow you to chain encounters from the Poké Radar.

If the tall grass no longer shake after encounter, then the chain is over. Your chain actually ends if the next encounter you get into is with a Pokémon from different species. We suggest bringing Max Repels in order to keep up your chain.

After your chain ends, the Poké Radar will need to recharge. Attempting to use it again will have the game tell you that it isn’t charged enough. In order to recharge your Poké Radar you need to take 50 steps.

In the Ramanas Park, Professor Oak will give you an app that will allow you to track your current Poké Radar chain. The Chain Counter App is especially useful for those who want to know their current chain and their longest Poké Radar chains.

By chaining together multiple encounters of the same species of Pokémon, your chance of encountering a Shiny version of that Pokémon will increase.

On average, your chance of encountering a Shiny Pokémon are 1/4096 which means you’ll need to keep looking for a very long time. To get slightly better odds, you need at least 16 chains to get 1/2048 odds.

The chain will break if you encounter a Pokémon in tall grass not of the same species. This makes finding Shiny Pokémon such a daunting task.