Lost Ark Character Customization Guide – How to Change Your Appearance

A guide on character creation and customization for Lost Ark. 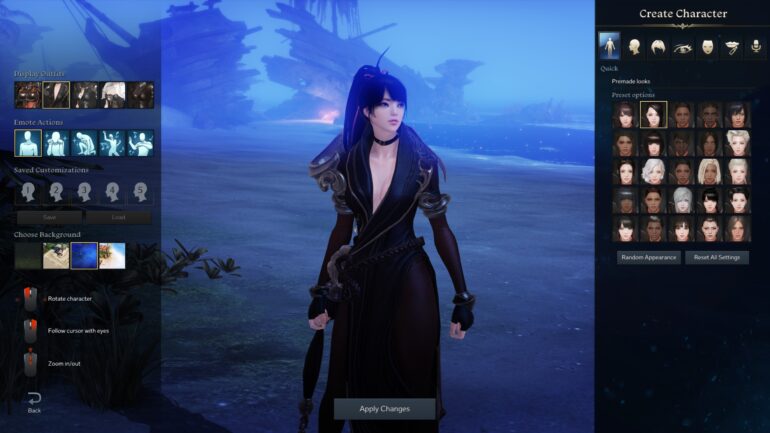 Lost Ark has an expansive array of character customization options that you can choose from so you can make your character look like the way you want them. We’ll take a look at all the options that you will be presented when creating your first character.

The first thing to decide on is your character’s Class. Though it’s not technically a part of most games’ character customization, in Lost Ark, gender, body types, and some customization features are only available for certain classes.

You can select among the five base classes: Warrior, Mage, Martial Artist, Gunner, and Assassin. Take note that some classes are only for males (Warriors) or for females (Mages and Assassins). Martial Artists and Gunners are each split by gender as their respective advanced classes are gender specific

Skills in Lost Ark operate in a different way in that they can be simply respecified. It’s an excellent feature in the game because it doesn’t require you to spend any money to use it. Changing the point allocation of a skill is as simple as going to your skill menu and clicking on Reduce Point Allocation.

In addition, you can keep numerous skill presets so that you can quickly switch to them when engaging in PvP activities.

The outfits in this sections are just for you to see how your character would look like once you get them in the game. Your starting armor will also depend on the class that you have selected, though this can be changed once you get to wear other armors or cosmetic skins later on in the game. Players can also hide their helmets in the game.

You can also preview how your character will look like while doing animations that your character can do when idle, which include some dance moves, a cute pose, and kneeling.

There are a bunch of preset looks that you can choose from for your character’s face. If you don’t really have a specific look that you want your character to have in mind and just want to get into the game right away, then just select from any of the preset options and you are good to go.

If you want your character to look like someone, like your own face or someone you know, then you can go for the more specific and detailed options, starting with the face shape. There are also some preset face shapes to choose from, and you also have the option to further refine parts of your character’s face by going through the Advanced Face Settings.

There are also several different hairstyle presets that you can choose from, which you can further customize by changing the hair color, highlight color, hair gloss, etc. The available hairstyles will also differ depending on the class that you have selected.

In this tab, you can further make changes to your character’s eye color, as well as the shape of the pupils. You can also for a dichromatic eye by changing each of your eye’s colors.

You can change your character’s skin complexion by changing its color, adding wrinkles, changing its shine, or by adding freckles.

You can add a bit more color and depth to your character’s face by putting on makeup, tattoos, or beards. There are different kinds of tattoos, ranging from small ones, to ones that take up your entire face. For male characters, there are a few beard options that you can put on, or you can also decide to stay clean-shaven.

You have the option to save your own preset if you want to decide later or use that preset on your next character.

You can then give your character a name that consists of up to 16 characters. It should not also contain any of these:

Once you are happy with your character, you can then hit confirm and start your journey in the land of Arkesia.

How to Reskin and Change Name in Lost Ark

Your alternative Lost Ark Character Creation Classes will have access to the Vern Powerpass at the game’s launch, which players can then use in order to attain maximum level and receive standard gear as well as tasks that correspond to their level.

You’ll be allowed to take part in Abyssal Dungeons after completing all Vern and Shushire-related objectives. By finishing the Main Quest known as Ealyn’s Gift, you’ll be able to get this. In-game mail will send you a second Powerpass when you use it for one of your alternate characters. For your 3rd Powerpass, it’s not yet stated where you can obtain it.

Check out this video by Arekkz Gaming that showcases all the character customization options in Lost Ark: