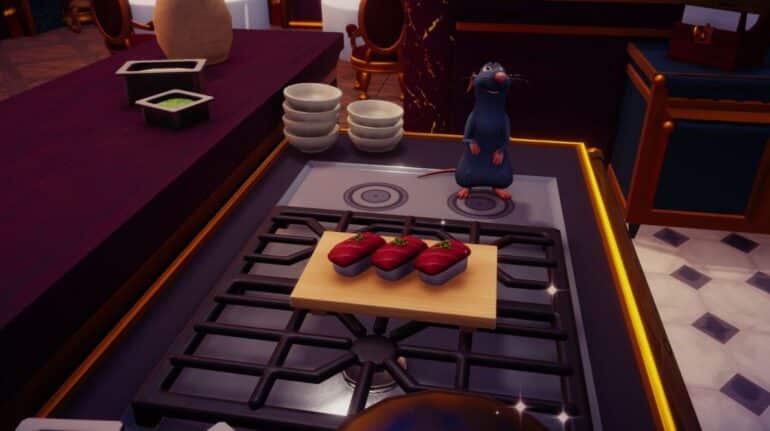 How to Make Maguro Sushi in Disney Dreamlight Valley?

In order to make Maguro Sushi you need access to the Forgotten Lands and Glade of Trust biomes in Disney Dreamlight Valley. This is because these two biomes hold the unique ingredients that you can’t find anywhere else.

For players who are still early in the game, you’ll need at least 15,000 Dreamlight to unlock these biomes. You’ll also have to complete the Friendship Is Everything quest from Merlin before you’ll be able to unlock biomes. Unlocking the Forgotten Lands in particular is more costly as you also have to unlock Sunlit Plateau on the way.

Once you’ve done all of that, you can get to cooking the Maguro Sushi. Here is the following recipe for the dish:

The Maguro Sushi ingredients for the recipe aren’t hard to get. They’re just hard to get to if you haven’t unlocked the required areas yet.

Once you have all the ingredients, it’s as simple as dropping them in the Gas Stove. You will need a Coal Ore to start cooking which you can get from mining any deposits.

Maguro Sushi is different from the regular Sushi dish. The latter is only a two-star recipe while the latter if a higher quality four-star. The ingredients are also completely different.

Take a look at this Youtube video from AbdallahSmash026 who shows all 164 recipes in Disney Dreamlight Valley.