Find out how to fix The Xbox network is currently unavailable Error and what's causing it. 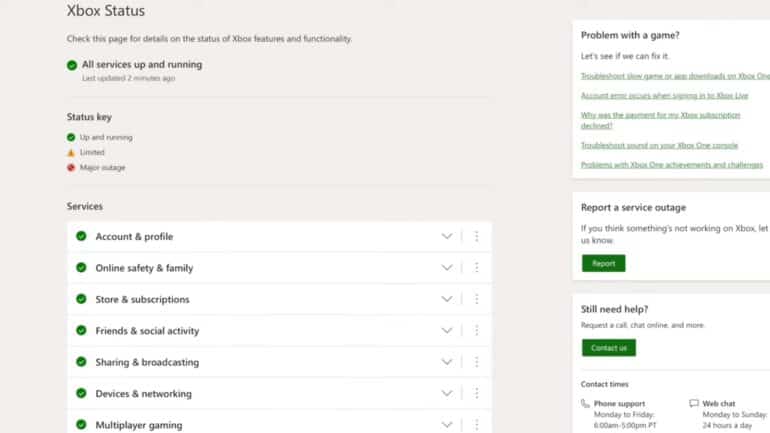 Is the Xbox Network down? Players are currently experiencing an Xbox major outage, where Xbox Live is unavailable due to an issue that prevents gamers from accessing their libraries. According to reports of this Microsoft Xbox Live Outage, this issue started around 1:00 PM, Pacific Time (PST) on May 6, 2022 when this new error began kicking Xbox One and Xbox Series X|S owners out of their cloud gaming sessions.

Players banded together to share any information they have on what’s causing the problems. Attempting to sign in to your account has proven to be the most problematic part of today’s outage, according to those who have been affected.

Reportedly, there have been complaints of gamers who clicked on the game they wanted to play, only to be thrown out of the game immediately.

Microsoft is already aware of the issue and is working to restore service as quickly as possible. “We’re aware that some customers are unable to purchase games, run games, or start Cloud Gaming sessions,” the Xbox support team writes in a tweet. “Our teams are investigating. Please keep an eye here and on our status page for updates.

The Xbox Network is currently unavailable and experiencing the following issues:

When will Xbox Live be back up?

New Update: As of 2:30 p.m. PST, issue has recurred and Microsoft has reissued a statement that devs are working to resolve the issue.

Update: Issue Resolved as of 12:11 a.m. PST May 7, 2022, all Xbox Live users should already be able to launch games and start cloud gaming sessions once again and access media streaming apps as of 08:44 a.m. PST.

Microsoft has issued a new statement confirming that services are still being worked on but that users are now able to make online purchases. However, there is no ETA on the restoration time for Xbox Live for launching games and starting Cloud Gaming sessions.

Since playing digital games is one of the areas currently affected by today’s outage, the Xbox Live Server Status report indicates that when playing cloud games, you may have difficulty launching them or be disconnected from a game at any point.

Most of Xbox gaming is powered by Xbox Live, and disruptions impacting that service have a significant impact on the whole Xbox Network being down. Massive outages affecting large swaths of users are rare, but today’s interruption of months of reliable service with this Xbox Live outage is certainly noteworthy.

How to fix The Xbox Network is Currently Unavailable Error?

With the ongoing Microsoft Xbox Live outage, unfortunately there is no solution for The Xbox Network is Currently Unavailable Error except to wait until full restoration.

Meanwhile, gamers can play games on physical discs, and disconnect from the internet if this is an option on the game they are playing. Aside from Xbox Accounts and multiplayer gaming, the Microsoft Xbox Live outage isn’t impacting any other linked services or functions for the time being. Cloud saves, Achievements, and other features should work as expected if the game can be launched.

Playing your most-loved Xbox games should return to normal as soon as the Microsoft Xbox Live outage is resolved. We’ll keep an eye on things and keep this page updated when we learn more.