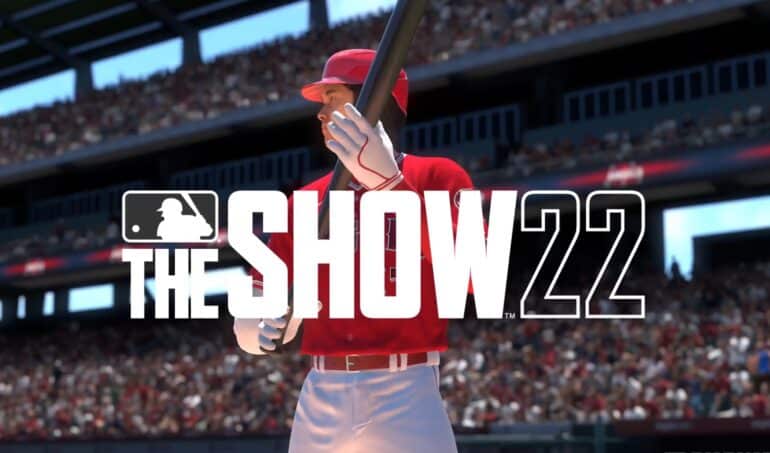 MLB The Show 22 Diamond Dynasty and its temporary Supercharged bonuses began rolling out after Opening Day to a select few players. But more are on the way. MLB The Show 22, which came out on April 5th, 2022 provided fans with yet another game that has brand-new features for the Diamond Dynasty mode.

In contrast to some other series, like the current Madden games, Sony San Diego has maintained a constant set of features in MLB The Show 22. Current-gen hardware enhances the visual appeal, and new Diamond Dynasty features complete the package. MLB The Show 22 is full of new features, content updates and gameplay interactions for Diamond Dynasty fans this year.

When it comes to what’s coming up, here is the current MLB The Show 22 Diamond Dynasty Schedule:

The game features several MLB The Show 22 Game Modes, each of which earns you experience points that will help you progress through the game. With each level of advancement in Programs, you’ll gain access to additional Diamond Dynasty special cards that can be used to obtain new equipment and sponsorships, or unlock content that can be used for other game modes.

Here’s a Diamond Dynasty walkthrough guide to help you get started in collecting cards and putting together your dream team:

Tips for Beginners in MLB The Show 22 Diamond Dynasty

Diamond Dynasty is the card-based mode in MLB The Show 22 where you collect cards and try to build the best baseball team possible. While this mode certainly favors players willing to spend a little money, there are ways to put together a top team by just playing the game. Here are a few tips to help build out your dream team in Diamond Dynasty.

Open Up Any Packs That You Have

Diamond Dynasty still has a goal of collecting packs to open for additional cards to round out your squad, and there are a variety of methods to play with your final team in the game.

Prior to beginning any new game, players should check their inventory to see whether any packs have been opened as a pre-order bonus or as a result of moving through various game types in Diamond Dynasty’s progression program.

Begin completing as many collections as you can as soon as you’re confident that everything is ready.

When it comes to Diamond Dynasty, collections are a significant component of the game. Some collections might take weeks or even months to finish, but you’ll gain additional prizes for even partially completing them, and occasionally those awards will allow you to complete even more collections.

The other major way to gain access to new cards is by completing the various Programs in Diamond Dynasty, each of which has specific missions and tasks to complete, while the Featured Program not only has missions but also receives Gameplay XP for every game you play in any mode across MLB The Show 22, which is a significant amount of experience.

When starting Diamond Dynasty, what is the best way to dispose of any unused cards that you may have? There are a variety of options. You may sell or feed them to your created player or keep them to complete your collections.

To win in Diamond Dynasty, you need to open packs of cards and acquire the greatest players you can afford. In addition, this implies that you’ll end up with a lot of cards for people who you either don’t need or have stronger players in that role. Sell Now and Quick Sell will be available for numerous cards in MLB The Show 22. It’s a good idea to select the Sell Now option if you have a buyer in mind and want to get the most Stubs for your card. Having the option to “Quick Sell” has certain benefits, but you should always choose for getting the best price.

Find the Best Deals on the Marketplace

The marketplace in Diamond Dynasty is one of the most essential aspects of the game. Purchasing cards in packs is less expensive, but you can be sure of what you’re receiving if you go via the marketplace. To acquire a top-tier card, you won’t be spending a few hundred thousand Stubs. Instead, utilize the filters to narrow down the selections.

Various criteria, such as minimum and maximum ratings and costs, can be used. Filters may be adjusted based on how much money you’re prepared to pay, what position you’re looking for, and what a decent rating boost is. Stubs may be maximized by ensuring that you are receiving a large enough rating increase. Third basemen below the 85-score range are not worth adding to a team with an 80-score third basemen. Find lower-priced players after you’ve defined your criteria. You won’t have a squad full of superstars, but you will have a solid team to continue playing Diamond Dynasty and win more stubs.

Opening a lot of player packs and analyzing a lot of cards is the only way to build the best Diamond Dynasty squad. Have a broad notion of what your team’s player rating is to save yourself time and frustration. A 65-rated starting pitcher doesn’t need to have his stats checked if you know off-hand that everyone in your rotation has a rating higher than 70. As your rating rises, it’s more important to take the guy with the higher rating, but in the beginning, it’s virtually always better to go with the better-rated player.

Mini Seasons, in which your Diamond Dynasty team competes against other teams in a tiny season, are a great way to quickly rack up Stubs. You move through programs and earn Stubs rapidly by playing three-inning games in a short season. In addition to being one of the simplest single-player Diamond Dynasty modes, this is also a shorter version of conventional baseball. The only problem with fielding a young team in this mode is that the competition will have more talented players. If you don’t want to have to dig through your wallet, you’ll have to make some Stubs.

As a bonus, you may play Showdown mode and gain access to the stronger player cards without actually owning them. Showdowns each have their own set of challenges to fulfill before they can be put to the ultimate test in a final Showdown. To begin, players select a team and perform challenges to collect bonus cards and rewards for their efforts. One of Showdown’s downsides is that there is a start-up fee and if you do poorly enough, you may end up with a negative balance.

Alongside the new features, players will be able to use a variety of equipment in MLB The Show 22. For the first time ever, The Show 22 features more than 1,400 live series players as well as 190 legendary and flashback players and more than 300 different pieces of equipment (including 60 stadiums, 20 bat skins, and more). According to Sony San Diego, further content will be released after the first month of the game’s debut and further into the game’s longevity. Diamond Dynasty will now be even more enjoyable for MLB The Show 22 veterans and newcomers alike, thanks to the addition of these new features.

If you like this Guide, check out our other MLB The Show 22 articles here.

Here’s an awesome video by Real_YeYo showing the