An overview on all the available game modes in MLB The Show 22. 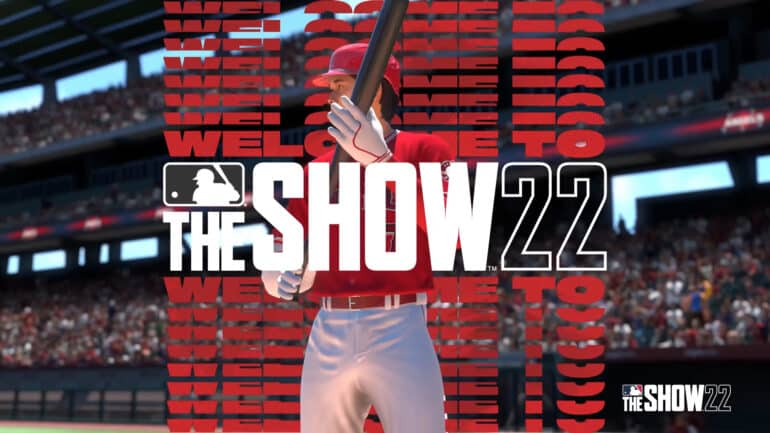 Players who are big fans of Major League Baseball can get the experience of being able to play as their favorite baseball stars through seasons of games and matchups in the different MLB The Show 22 Game Modes. This year, San Diego Studios has added a new online co-op mode which lets other players match up against one another.

There are several game modes that players can go for depending on their playstyle and how they would like to experience the games.

Road to the Show

Road to the Show is the single player career mode where you get to create your own player and work your way from the bottom and to the big leagues. Players will first have to select their ballplayer’s playstyle, archetype, position, and pitches (if starting as a pitcher) which can still be tweaked or changed as you progress through your career. Then of course, you can customize your ballplayer’s name, number, and appearance.

As a rookie ballplayer, you will then have a chance to either select a team you want to play for, or let your coach decide for you based on your preference. As you play through matches throughout the season, you will be able to improve your ballplayer by advancing Programs which will unlock better Archetypes and Perks so that you can optimize your player’s performance depending on where you would like to excel.

You can create up to 10 ballplayers at any time and develop them through their own career progression.

Diamond Dynasty is the game mode which lets you build your fantasy squad by picking known players throughout the history of baseball. It doesn’t matter if they’re from different teams or from different eras; as long as they are in the game, you can try and get them through various means in the form of cards, and them to your collection, and even play with them through games.

The teams that you create can be played through various submodes both offline and online, as listed below:

Conquest is a game mode under Diamond Dynasty where you get to pit your created team against other CPU teams across the entire map of a country. The main objective of this game is to take over every tile in the map and the way you can do that is to win a game in that tile to obtain more fans. The more tiles that you acquire, the more fans that you get and the more reinforcements that you can use to conquer the map.

Though you can technically play on every tile of the map, the game allows you to simulate a game to save on time. Your team’s ratings will influence if whether or not you will win the game and take over the tile. If going against a CPU-controlled tile, you have the option to gather your fans as reinforcements before the match. The greater the difference is between you and your opponent’s tile, the higher your chances are at taking over the tile.

Once you want to take over an opponent’s stronghold tile, then you will have to play the game against their team. As mentioned, you want to gain a higher tile rating through fan reinforcements and widen the gap between you and your opponent as much as possible. Doing so will allow you to play the game on lower difficulty.

For example, if both you and your opponent have the same amount of fans at 25M, then the difficulty that you will be playing against them will be at Legend. On the other hand, if your opponent just has a measly 3M fans while you have 30M fans, then you get to play against them at Rookie difficulty.

There are also goals that you can aim for in every map which gives you bonus stubs and XP, so make sure that you meet their requirements.

The Franchise mode is back in MLB The Show 22 where players can play as one of the actual existing teams in the leagues. This game mode focuses more on the managing aspect of baseball as you get to choose a team to pick, customize it via drafting and scouting ballplayers, improving your team’s performance by hiring coaches and working on game-winning strategies, and even managing sponsorships to get your team going.

March to October is a game mode where you play within a team and make your way to the World Series. It’s similar to Franchise, however you will only be playing through key moments of the team’s season. The better you perform during the early parts of the season plus the more requirements that you fulfill in the games, the more momentum that your team will get to get through the play-offs and into the World Series.

Home Run Derby is a game mode where you play against friends or other players online to see who can score the most home runs within the time limit.

Moments is a game mode that have set missions that you have to fulfill in order to clear them. Completing moments is also one way of gaining progression through earning stubs, players, and Program XP.

Challenge of the Week

Challenge of the Week is a game mode with a competitive style of gameplay where players try to accomplish the challenge posted for the week to make it to the top of the leaderboards.

In Online Co-Op mode, players get to play with friends or with other people through online matchmaking across all the platforms in either 2v2 or 3v3 modes. As you play, you will be filling in either a pitch or a field role and you can play with your friends against other people which makes online play a bit more exciting and easier to do, communications-wise.

However, online co-op is still a mode that needs some more improvements. For one, crossplay is a very much welcome feature, though connectivity issues still plague it. Also, there is no online competitive option if you want to play against your friends, unless you get lucky and end up at opposing sides during matchmaking. You can, however, play against your friend via an Exhibition Game or Diamond Dynasty, but these matches are not rated.

The Exhibition game mode is an offline or online mode in which you can control real-world Major League Baseball teams utilizing live rosters and compete against them.

If you are completely new to the game or if you just want to test out and get a feel of your ballplayers performance, then you can head on to the Custom Practice mode and do a few swings.

If you like this article, be sure to check out our other MLB The Show 22 articles here:

Check out this video by Vinny Kaaa showing what to do when starting in MLB The Show 22’s Diamond Dynasty: