How to use Monster Hunter Rise's multiplayer feature. 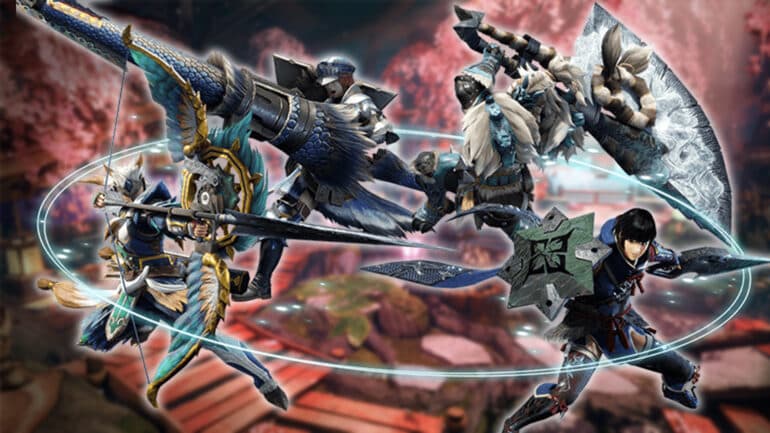 Hunting monsters in multiplayer is one of the things that makes Monster Hunter fun. Either you invite your friends to your party or just jump right into a random party, it sure beats hunting on solo. Now that Monster Hunter Rise is available on the PC through Steam, playing in co-op became much more simpler and easier.

How to play in Co-op in Monster Hunter Rise PC

First, make sure that you are connected to the internet and that the connection is stable. Monster Hunter Rise on the PC only supports online co-op through Steam, so local co-op is not an option.

Talk to Senri the Mailman

Senri the Mailman is the Palico that can help you access multiplayer. He can be found in the middle of Kamura, on top of a red box.

Talk to Senri and then select the Play Online option. You can then go for Find Lobby, Create a Lobby, Hunter Connect, or Search by Lobby ID.

The Create a Lobby options lets you create your own lobby. You can then change the settings of your lobby like the max number of players, the language, and even put a password on the lobby.

The Hunter Connect lets you connect with other hunters that have the same play style as you. You can set up your preferences and even your play hours to let other players know when you are available for an invite.

The Search by Lobby ID can be used if you managed to get a Lobby ID from a friend for the lobby that they host. Along with the Lobby ID, whoever is the host should also provide the password for the lobby, if there’s one set up.

Go to the Gathering Hub

Hunters can do the necessary preparations before a hunt such as restocking items, eating dangos, and changing equipment within the Gathering Hub (forging weapons and armor are done in a different room connected to the Hub).

Choose a quest from Minoto, the Hub Maiden

Minoto serves as the maiden who offers quests to hunters inside the Hub. These quests range from Low Rank hub quests to High Rank hub quests, and even Rampage and Event quests. There are also optional subquests that can be accepted which can be completed in single or multiple runs.

Once a quest has been selected, the quest will then be posted on the Quest Board for everyone in the lobby to see.

Or go to the Quest Board

The Quest Board is where available quests are posted. Quests that have been accepted by other players in the lobby can be seen in here. To join a posted quest, simply select the Join Hub Quest option and select the posted quest that you want to join.

The Respond to Join Request is also one way to access multiplayer. This is an alternative option if you just want to jump into co-op quests without having to join a lobby first.

Simply go inside the Gathering Hub and go to the Quest Board. Then, select Respond to Join Request. (The Join Hub Quest will be grayed out if you go into the Hub without finding a lobby first.)

From the quest categories, you can then select which quest you want to join in. This is different from hosting your own quest as you are basically responding to a player’s call for a Join Request. This means that if no one else is currently doing the quest you picked, then the search will fail and you can try doing another search.

Alternatively, if your friend has started a quest and you are in the same lobby, you can simply join their ongoing quest, provided that the main target is still alive and the quest has not ended yet.

This option is useful if you have already started a Hub quest on your own, but you decide to get the help of other hunters to complete the mission.

Simply open the options once you are within the mission and select Quests > Join Request, then select Yes to confirm. If you have played MH World, this is similar to the flare gun feature that lets you call for other hunters.

How to play with Randoms in Monster Hunter Rise

If you don’t have a pre-made hunting team, then you can recruit the support of random online players that are also playing Monster Hunter Rise on PC. After following the procedures above, you can either set up an online lobby or join someone else’s session by saying “Find Lobby” when chatting with the mailman, Senri. It is also possible to join someone else’s posted mission in the Gathering Hub using the same processes as stated above.

The Find Lobby option will allow you to see all available lobbies made by other players. You can choose to join these lobbies provided that there is still an available slot in the lobby (maximum of 4 players).

Whenever a quest is completed in Multiplayer, an option to send likes to your fellow hunters will show up. If two players send likes to each other and become mutual likes, this lets the players check out each others’ profiles and allow the option to look up each other even if the original party has disbanded.

The monster difficulty in Rise scale depending on the number of players engaged in the same quest. The most notable scaling change is with the monster’s total HP.

If a player gets disconnected during a quest, the main monster’s HP will then be readjusted to scale with the remaining hunter/s.

Also, it is best to remember that the number of times that you can cart within a regular quest does not change (3 carts = Game Over), so be considerate with your teammates and try not to be the cause of a failed mission. This is different in Rampages where carting does not lead to a failed rampage, but some rampage objectives may require a few or no faints to be met.

Does Monster Hunter Rise Have Crossplay and Cross-progression?

The PC and Nintendo Switch versions of Monster Hunter Rise unfortunately does not have crossplay. If you wish to play on PC, you’ll have to start from scratch because there is no cross-save functionality or cross-progression.

Go meet up with your friends, go on to multiplayer, and start hunting monsters! There’s still time to get up to speed before the release of Sunbreak this summer, however.

If you liked this guide, check out our other Monster Hunter Rise articles: