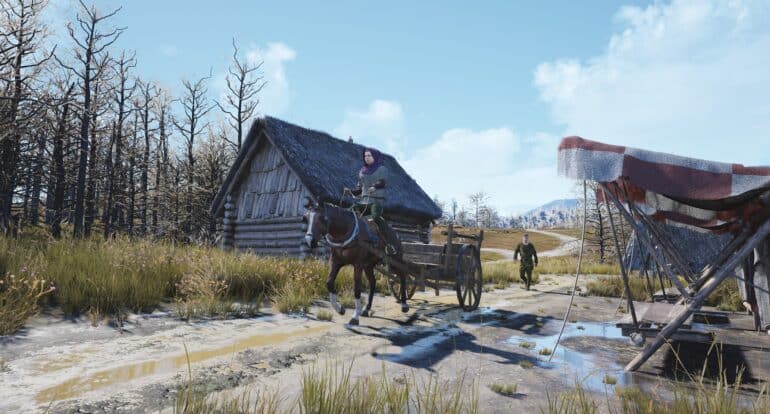 Publisher Hooded Horse is announced today that it will be publishing the Medieval city builder with large-scale tactical battles, Manor Lords. Developed by Slavic Magic, the game will allow players to build realistic towns that grow organically, create trade routes and supply lines, and engage in deep real-time battles.

Manor Lords takes place in a fully simulated world with beautiful and historically authentic graphics, where towns are subject to a dynamic weather system, disease, and even famine. Battles are tactical affairs involving large-scale unit formations, where morale, fatigue, and equipment all come into play.

While not set in an exact place and time to allow for a sandbox experience, the game is heavily influenced by the style and architecture of late XIV century Fanconia.

Common Medieval tropes are avoided in favor of historical accuracy, in order to make the world feel authentic, colorful, and believable.

Position your troops wisely. A smaller force can defeat a larger enemy if commanded well.

Manor Lords can be wishlisted on  Steam and GOG right now.