New Riders are joining in the S.H Figuarts line up 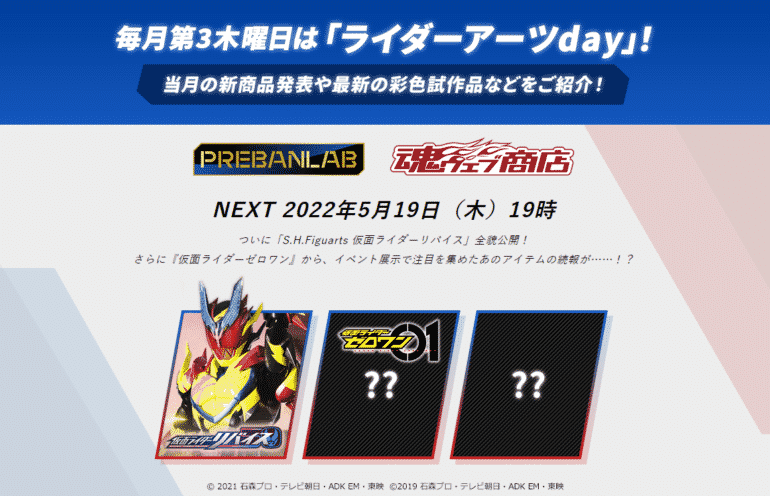 In a live stream that was made on the Bandai Spirits Youtube Channel, a number of announcements were regarding the S.H.Figuarts lineup. All these Kamen Riders will be making their debut in this line-up.

Thunder Gale GO! Ikki and Vice transformed with Thunder Gale by Stamp “KAMEN RIDER REVICE” appeared in the S.H.Figuarts! The sharp shape of each part of the body is modeled in detail. Fine color coding for metallic and solid colors is Vividly expressed!
Also comes with the Brachio Vistamp!!

Izu in “Kamen Rider Zero One REAL x TIME the Movie” “Kamen Rider Zero Two (Izu Ver.)” She has undergone a shocking transformation Lineup in S.H.Figuarts! While pursuing proportions that are unique to Izu Various actions are possible.

Artificial intelligence “Ark” has taken over the bodies of the dead and transformed Kamen Rider appears in S.H.Figuarts! A wide range of motion is realized by using soft resin for the pipe-shaped parts of each part of the body. In addition, effects that reproduce the play and luxurious specifications also come with 3 types of weapons.

Also announced at the end of the livestream event was some major news that will implicate that we will see a new trailer for their upcoming series, Kamen Rider Black Sun. To promote the series further, an SH Figuarts lineup featuring Kamen Rider Black Sun will be revealed on June 16-19, 2022. Further speculation can be assured that we might get an official trailer from Toei soon.