Passing Through Rider has arrived 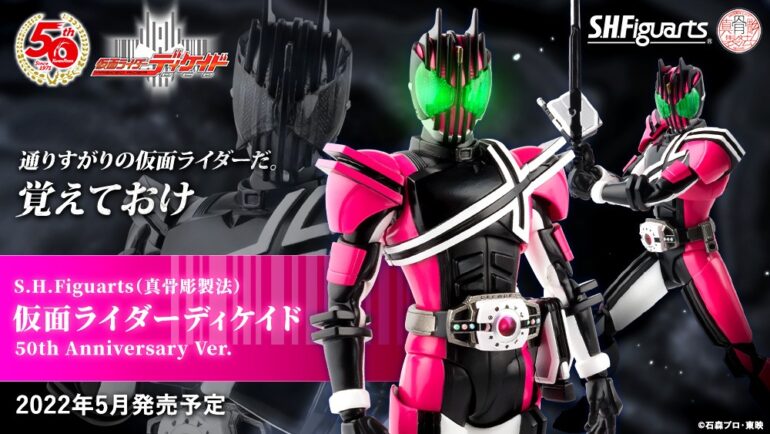 For 50 years, Kamen Rider has brought different riders across entire eras. As such, Tamashii Nations announced that a new SH Figuarts Shinkocchou Seihou Kamen Rider version will be added to their lineup as the destroyer of worlds, Kamen Rider Decade will be part of their 50th-anniversary lineup.

Who is Kamen Rider Decade?

“Natsumi Hikari has repeatedly been having dreams of the Rider War, where every single Rider from the Heisei-era attack one being, a warrior known as “Decade.” In reality, she lives with Tsukasa Kadoya, a young man who doesn’t seem to be able to call Hikari Studio home. One day, monsters from a different dimension begin to attack people. Tsukasa, who had been separated from Natsumi, meets the mysterious Wataru Kurenai, who informs Tsukasa about his title as Kamen Rider Decade, the destroyer of worlds.

Discovering that the nine previous universes of the Kamen Riders from the Heisei-era are merging into one, which would result in the collapse of the multiverse, Tsukasa inherits the mission of traveling across these worlds to eliminate the anomaly in each, while embarking on a journey to find one world where he can call home.”