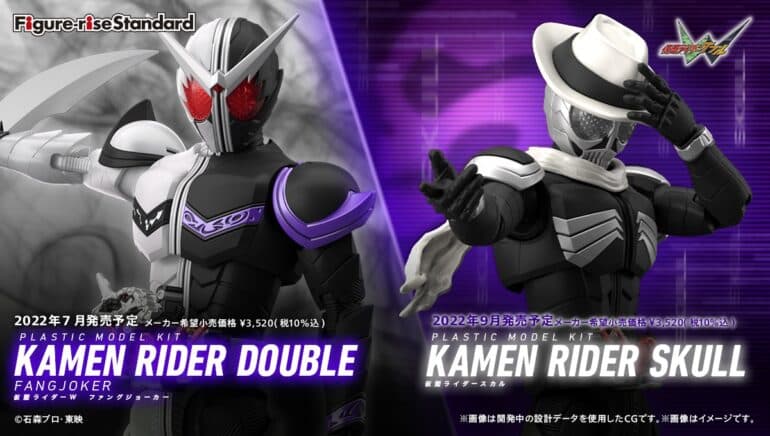 Not only are these two new riders coming to Figure-rise standard but a teaser poster for the next Kamen Rider Figure-rise Standards. These appear to be next in line to be announced. Based on the image above, the only riders left to be released for the Heisei Rider Project are Blade, Kiva, Wizard, Gaim, and Drive left.