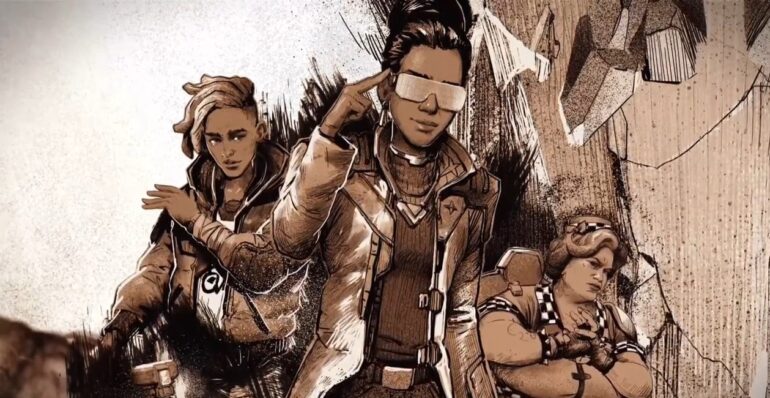 Disruptive Product is the 2nd chapter of the New Tales from the Borderlands. After experiencing the invasion that occurred in Chapter 1, all 3 main characters will be facing challenges and tough decisions. Read on, and we’ll give you a complete walkthrough of every detail about Episode 2: Disruptive Product.

After the terrible event that occurred and Fran’s shop blowing up, all 3 main characters will need to work together to stop Susan Coldwell from controlling Promethea and prevent Tediore from getting their hands on the vault.

A feature in the game will present itself called the Skateboard Score which is the overall team bond of the main characters and LOU13 will determine whether the rating is high or not. Be wary of conversation choices that players will make as they will determine the outcome of the game. Remember all these facts when choosing the dialogues:

Upon hearing news of what Tediore is doing in Meridian City, the whole group will move out depending on whether players pick Octavio’s plan or Fran’s plan to search the sewers. After which, players will need to either pass or defeat the enemies on the bridge, deal with one of the soldiers who is a figurine collector and defeat him in a small game in which he will reward you by letting the group pass further into the sewers.

Deep inside, there is a hidden entrance and players will see a Vault key that had been stolen from Rhys Strongfork. Suddenly, Vault Guardians will appear and using Juniper’s idea to find a safe way into the cavern, a dimensional portal will be found leading them to the Vault.

Going inside the dimensional portal, the group will find themselves inside the Eridian Vault. Controlling Anu, use the Tech Goggles and scan the following things:

After scanning all these items, Octavio will accidentally awaken The Devourer and a QTE will happen in which players must save Juniper quickly in order to improve the Skateboard score.

When the group thought that the huge monster has been defeated, it will begin to revive itself. A tough decision will occur in which players must choose Octavio to distract it or let Fran freeze the Devourer. If players choose Octavio to distract it, use Anu’s phaser by finding its sweet spot twice (one on the front and one on the back) and it will end the humongous creature.

After this, a short conversation within the group will occur telling them what they experience when facing off against the huge monster and what they felt after obtaining the weird green crystal thus ending the 2nd chapter.

That’s pretty much everything you need to know about our New Tales From The Borderlands Episode 2: Disruptive Product Guide. If you guys are interested in Borderlands-related articles, check out the following links below:

Also check out Manugames92‘s full walkthrough on the 2nd episode of New Tales from the Borderlands: