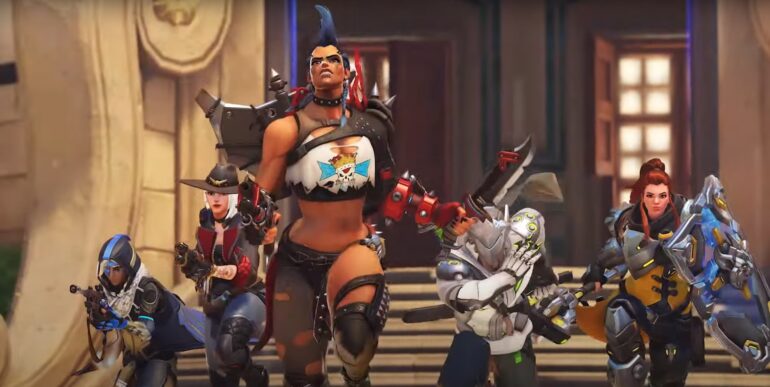 You may be interested in Overwatch 2 Season 2. With Overwatch 2 having just released so you may be wondering if there’s something to be excited about the Season 2 release date knowing we still just began. With the debut of Season 1 being riddled with some technical difficulties, it isn’t strange to ask if there’s something to look forward to in the future. This article will talk about the Overwatch 2 Season 2 release date, the new hero being teased, and its Battle Pass.

When Is The Overwatch 2 Season 2 Release Date?

Overwatch 2 Season 2 will release on December 6, 2022 once the current season has run its course. This was announced by Blizzard during the reveal of the game in June 2022.

Season 1 of Overwatch 2 will run for about 9 weeks giving you that much time to earn everything in the Battle Pass before it’s gone for good. Overwatch Season 2 will release with a new Battle Pass that we have yet to see the contents of.

Blizzard has teased the new hero that will be joining the Overwatch 2 roster in Season 2. According to game director Aaron Keller, this new hero will be a Tank and will be male. Alongside this hero’s release is a new map that is tied to his lore.

Considering the shift from 6v6 to 5v5 team based gameplay, the loss of a single tank on the field has probably forced Blizzard’s hand in reworking the Tank heroes in other to fit with the change. This new hero coming in Overwatch 2 Season 2 will be the second Tank to be introduced and the fourth new hero in the sequel.

An important detail that Keller shared is that this new male hero will be someone the players “have seen before.” Now there’s plenty of male characters who could fit the description in Overwatch’s lore. It may be Kyung-soo Han who was D.Va’s main rival in an Overwatch comic spinoff. Or it could be Mason Howl from Junker Queen’s cinematic trailer.

Keller didn’t exactly say how familiar or how recent this male character was introduced in the lore. So it’s a bit hard to speculate who the new Tank hero could possibly be.

Aside from the new Tank hero being offered in the Overwatch 2 Season 2 Battle Pass, there are new cosmetics to unlock. This includes 30+ new skins and a Mythic Skin.

We don’t know what the skins the Season 2 Battle Pass will offer so far, but considering that the holidays is just around the corner it’s possible that a few cosmetics will be Christmas or New Year themed. It’s too early to tell at the time of this writing.

That’s all we know about the Overwatch 2 Season 2 release date, new hero, and its Battle Pass. We hope you found this guide to be informative. For more on Overwatch 2, you’re already in the right place.

If you’re curious as to how it goes when you purchase the Overwatch 2 Battle Pass, then check out this video from BRO YOU WACK’s Youtube channel.