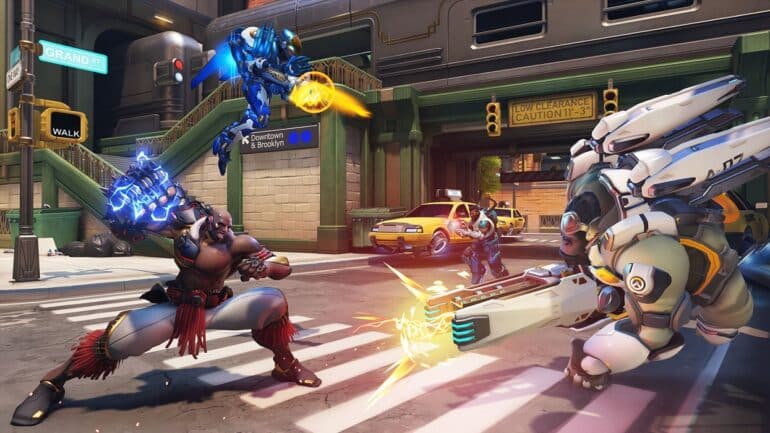 When Is The Overwatch 2 Release Date?

The Overwatch 2 release date is on Tuesday at October 4, 2022. However this is only for the PVP section of the game. Blizzard has not yet revealed details on how close we are to the release of Overwatch 2 PVE for launch.

Since Overwatch 2 was announced, Blizzard has been very hush-hush about its development. With only a few closed beta for the game handed to the public, players weren’t quite sure when Overwatch 2 was going to release until just recently.

What Platforms is Overwatch 2 Available On?

Overwatch 2 will be available on PS4, PS5, Xbox One, Xbox Series X|S, Nintendo Switch, and PC. With so many platforms the game can run on, Overwatch 2 is not short of accessibility for everyone regardless of what they play on.

There will also be crossplay and cross-progression for Overwatch 2. So if you’re playing with friends who are on different platforms, it won’t be a problem at all. And if you’d like to carry your progress between two platforms, you can do so.

The only real limit is on the Nintendo Switch. Due to its limited hardware and being a mobile experience, John Lafleur the game’s technical director has announced in a Reddit AMA that there will be some compromises with Overwatch on the Switch. Keep that in mind if you choose to play with the Nintendo Switch.

What Are the Overwatch 2 New Game Modes?

From what we’ve seen, there is only one new PVP game mode added on launch called “Push.” This game mode pits players against each other in symmetrical maps to push the central robot to the enemy team’s base. It’s like a tug-of-war mode but in the opposite direction.

Players who feel like the story of Overwatch wasn’t fleshed out in the first game despite its potential will feel excited at the fact that Blizzard is putting an emphasis on PVE content. Particularly Overwatch 2 is offering story-based content that is playable in PVE coop.

Since we still don’t have a release date for the Overwatch 2 PVE we’ll have to wait and see where this takes us. However from what we’ve been shown in the trailers, it seems that players will band together to liberate Omnic-infested locations. There’s also a new feature where players are able to build their own unique combination of attacks for the story PVE content.

Who Are the Overwatch 2 New Heroes?

Overwatch 2 will have three new heroes that will make their debut on launch:

Those who have played the beta will already be familiar with Sojourn and Junker Queen. However Kiriko is a hero that players haven’t yet tried out and was only revealed a few weeks before the Overwatch 2 release date.

What Are the Gameplay Changes in Overwatch 2?

The biggest change in gameplay in Overwatch 2 is the 5v5 team battles. Unlike before where teams fought in groups of 6, players will now fight in a group of 5 with each team being restricted to only 1 tank, 2 support, and 2 damage.

Because of each teams being limited to a single tank, tank heroes have undergone some rework in order to make the new rule viable. For example, Winston now has an alternate fire that allows him to charge a blast that fires at range. New tank heroes like Junker Queen are also made for this new meta in mind.

What Is In the Overwatch 2 Battle Pass?

Here’s what you can find in the Overwatch 2 battle pass for free:

Overwatch 2 is forgoing the use of its infamous loot boxes and instead replacing it with the battle pass. All the items up above are what you can get on the Overwatch 2 free battle pass, but the premium battle pass will most likely offer something more substantial such as different character outfits.

What Are the Overwatch 2 New Maps?

Overwatch 2 promised us new maps which are more complex than their predecessors. Here are the new maps we’ll get to play around in Overwatch 2:

While it hasn’t been confirmed just yet, there have been rumors Kraków, Poland might also be a map in the game sometime after the Overwatch 2 release date.

What Will Happen to Overwatch 1?

Overwatch 2 will completely replace Overwatch 1. The servers of the first game will shut down on October 2, 2022 to prepare for the coming of the second game in October 4.

This means that players have up until then to enjoy the original Overwatch in all its splendor before it’s gone for good. You won’t be able to play the original 6v6 matches, graphics, and the current meta afterwards so enjoy it while it lasts.

Here are the Overwatch 2 trailers that released prior to its launch:

The Overwatch 2 release date reveal trailer shows the new tank hero, Junker Queen giving us a quick peek into her gameplay. This was also the trailer that announced Overwatch 2 going free-to-play.

The Overwatch team once again bands together to defend the streets of Paris from an Omnic invasion. They’re overwhelmed by a giant robot until they start working together to take it down.

The Overwatch 2 gameplay trailer is our first peek at the sequel’s gameplay. This trailer shows off the new modes and maps that we’ll get to play around in.

The latest trailer for the launch of Overwatch 2. Everything new that’s coming in the Overwatch 2 release date is being teased including new heroes, maps, and gameplay.

That’s our Overwatch 2 Release Date, New Heroes, Maps, Battle Pass, and Everything We Know. We hope you found this article to be informative. Check out more of our Overwatch 2 content.