The best friends a Phantom Thief could ever need when playing Persona 5 Royal on Nintendo Switch! 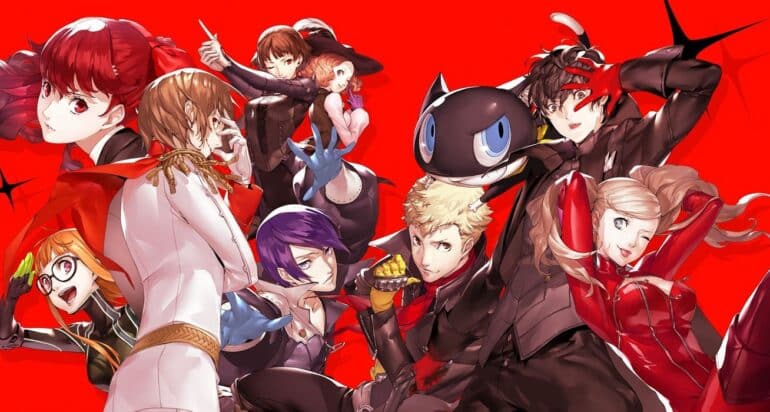 The Persona 5 Royal Confidants are one of the main features of the game. Not only are you able to explore their interesting character backgrounds, but you’re also able to gain certain perks that they offer that could assist you in Person 5 Royal’s combat encounters. In this guide, we’ll show you how to recruit every confidant in Persona 5 Royal.

Here are all the Persona 5 Confidants you can recruit:

There are a total of 23 Confidants in the game. Each Confidant in Persona 5 Royal is associated with a certain Arcana. By hanging out with Confidants, your affection with them will increase and that comes with several perks. The most obvious that they all share the ability to provide bonus experience points if the Persona you’re fusing shares the same Arcana type with them.

Other than that, Confidants also give you certain perks. Perks such as the ability to negotiate with Shadows better, discounts on medical supplies, and even switch party members. So it’s always in your best interest to level up your friendship with the Persona 5 Royal Confidants.

In Persona 5 Royal, there are 3 new Confidants added. Several other Confidants have also been changed a bit from their original portrayal such as Akechi who is now an optional Confidant to rank up instead of his Confidant level being ranked up automatically as part of the story.

Ryuji Sakamoto is a the school’s resident troublemaker. But beneath his tough exterior, he has a firm loyalty to his friends and a good sense of right and wrong. Ryuji is technically the very first ally you have and it’s hard to imagine the Phantom Thieves ever forming without him.

As a former member of the track and field club, befriending Ryuji gives you benefits in being less noticeable when dashing through dungeons. But he is very useful as he can immediately let you kill enemies who are at a much lower level than you by dashing through them.

Ann Takamaki is one of the founding members of the Phantom Thieves. She only has one friend in Shujin Academy and is considered rather aloof by her peers. Don’t let the cold exterior fool you, she’s actually a big goofball who cares deeply for her friends. During her free time, she models for fashion magazines which only catch Kamoshida’s eye.

Despite Ann’s bad acting skills, she can help you better negotiate with Shadows in battle. Increasing her Confidant level gives you several perks in battle as Ann is capable of cancelling attacks from Shadows.

Morgana is the first one to show you the ropes of being a Phantom Thief. Despite his feline appearance, he hates being called a cat and has quarreled with Ryuji over this several times. Morgana may have a bit of an ego but he is a loyal companion.

Morgana’s Confidant Rank will increase automatically as the story progresses. He’ll teach you how to craft useful tools on your free time to help in heists.

Yusuke Kitagawa is the resident starving artist who comes off as quite a bit eccentric. There is a deep sense of passion for the artistic world that lives inside of him which goes as far as to give Yusuke the ability to duplicate skill cards. As you progress your Confidant level with Yusuke, he’ll have several perks in battle that make him a formidable fighter.

Makoto Niijima is your model school student. She’s smart, she’s the president of the student council, and she’s incredibly conflicted with her sense of justice. Makoto can come off as antagonistic at first, but only because of the people she defers to.

Makoto is a tactician who gives you an insight to enemy information such as their stats or potentially items drops. She also gives you advice on the strengths and weaknesses of enemies. Level up her Confidant and she’ll give get various bonuses in battle.

Futaba Sakura is well known for having improbable hacking skills. Not so much social skills though as this delicate wallflower goes above and beyond to not interact with others she’s not familiar with. After being recruited into the Phantom Thieves, Futaba takes the place of the gang’s overseer giving you important buffs and information during the fight.

Futaba can randomly give you stat bonuses which are too good to pass up. This can be potentially life saving in certain tough fights.

Haru Okumura is the heiress to a big food conglomerate who’s shady practices puts her at odds with her own flesh and blood. Haru has the temperament of a proper lady but she’s often in the background despite her status. Increase your Confidant rank with her and she’ll provide additional bonuses in combat.

Haru is also an expert in growing vegetables. Which is a personal hobby of hers that she does on the school roof. She’ll even let you plant some which give you added benefits.

Goro Akechi is the famous police golden boy of Tokyo. He’s a popular celebrity who’s famous for solving cases the police couldn’t handle. However he’s hiding more than meets the eye and he’ll occasionally let his hair down once you defrost the exterior.

Unlike in the original Persona 5, Royal lets you increase your Confidant rank with Akechi on your own time. Before, his Confidant rank increased automatically as the story progressed. Akechi can give you an insight to enemy strengths and weaknesses you’re not privy to due to his insightful nature.

Kasumi Yoshizawa is a straight A honor student and prodigy gymnast. She’s quite sporty and always seems driven to compete. However you may notice that unlike other Confidants her Confidant rank ends at Rank 5, which about only halfway. How mysterious.

Kasumi is a rhythmic gymnast and can teach you how to escape from being ambushed. She also teaches you how to use the grappling hook for long ranged ambushes.

Takuto Maruki is one of the coolest school councilors you’ll ever meet. Unlike most of the apathetic Shujin faculty, Maruki truly cares for the students giving them legitimate advice. Increase your Confidant Rank with him and he’ll teach you how to snap out of status ailments during combat.

If you want to see the Persona 5 Royal third semester, it’s important that you rank up Takuto Maruki’s Confidant rank to Level 9 by November 18th. It’ll automatically become Rank 10 afterwards.

Caroline and Justine are the two wardens who are usually seen with Igor in the Velvet Room. They can be rather bratty and a bit harsh on you but they do give some really good perks that allows you to fuse stronger Personas. Caroline and Justine can unlock fusion recipes that have more than just two Personas, unlock the Persona Detainment feature in the Velvet Room which unlock any hidden skill a Persona might have, and they’ll let you fuse Persona who are higher level than you if you’re willing pay up.

Now Caroline and Justine aren’t ordinary Confidants. For one, you don’t rank their Arcana up by hanging out with them. Your Confidant rank increases by presenting them with Personas who have a certain skill upon their request. Don’t confuse this for your ability to hang out with them by showing them the human world.

That’s our Persona 5 Royal Confidant List and Recruitment Guide. We hope this article was informative. For more on Persona 5 Royal, you’re already in the right place.

If you’re curious to see which Persona 5 Royal Confidants are the best, this Youtube video from LarryLurr made a tier list of which give you the best perks.