PewDiePie versus The News 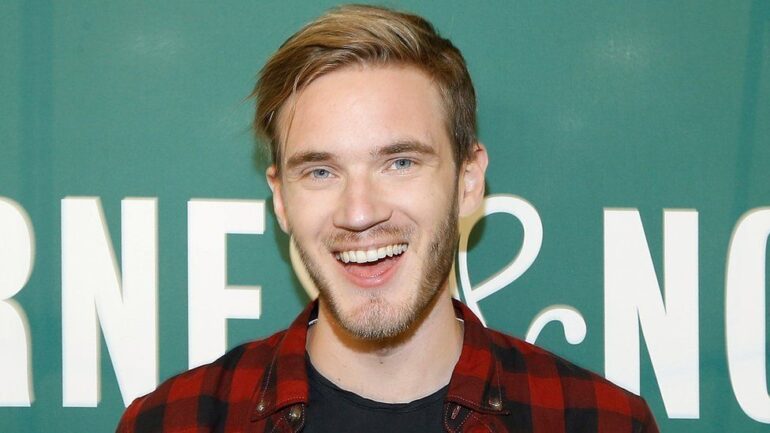 PewDiePie is a name that gets thrown around a lot in the media, whether on podcasts, news articles, news videos, or wherever. The name is guaranteed to get views or clicks, no matter how PewDiePie is discussed or talked about. The nature of discussion, however, mostly leans towards the negative side. Here are examples of headlines that lean towards the negative:

Why does PewDiePie get ‘attacked’ and South Park gets a pass for anti-Semitic jokes?

Not only that, but type in a search bar “PewDiePie Nazi”, and you’re greeted to a fair amount of articles with similar titles 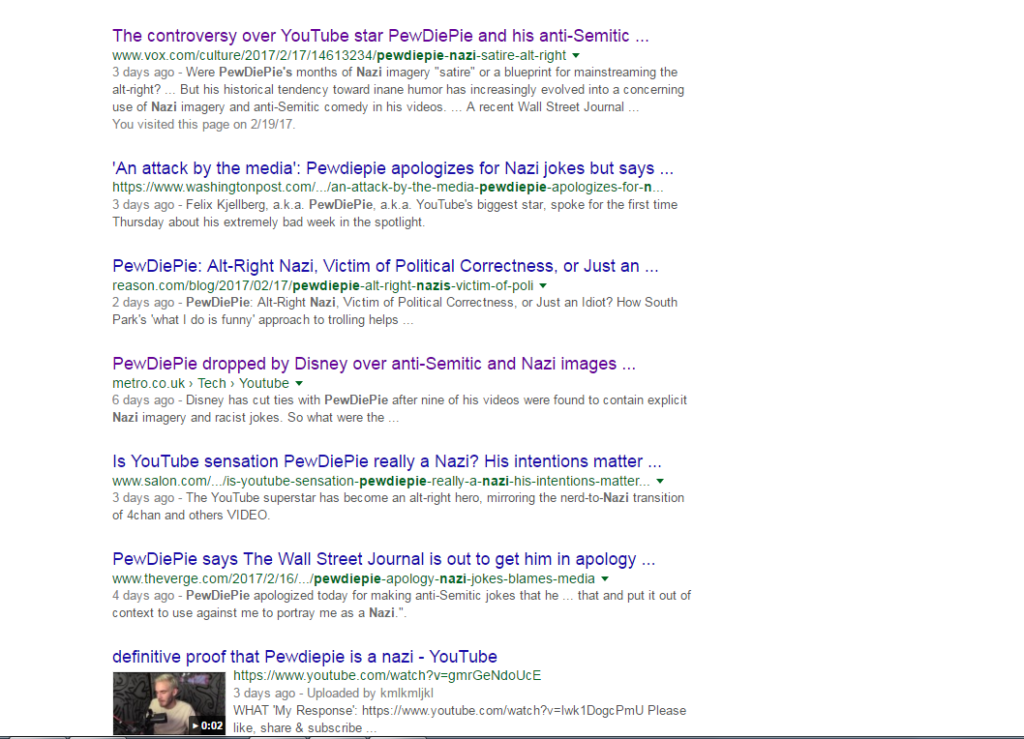 Now, to get things clear, I’m not striking up a banner and defending PewDiePie or willing to take a bullet for the man. Neither am I hurling an offensive attack towards the media in general. All I’m showing you are various examples of what news tends to come out when relating to PewDiePie A.K.A Felix Arvid Ulf Kjellberg.

Mostly anyone knows that nowadays, for media and news to thrive, getting the clicks matters. Unfortunately, to stay relevant you have to play by the numbers game and make sure the content you put out is relevant, or draws the most attention. This is mostly done with a — what most people call — “Clickbait Title”, which means creating a title that contains attention drawing words, yet the content is usually not of any worth. In relation to PewDiePie recently, the words Nazi, Anti-Semitic, or Fascist get used a lot in headlines.

The word association can be quite alarming, accusations of someone being a Nazi isn’t something to be taken lightly. The grounds of the accusations can be even more alarming, since most of them were based on sarcastic jokes or tidbits from videos that were — as most YouTube stars, including PewDiePie, deemed — taken out of context. Are these grounds to call and accuse someone being part of such a hateful and deplorable group?

Of course, to make any joke about the genocide of a human race is offensive, given any context, and consequences should be expected, but to use these as grounds to accuse someone belonging to the groups responsible for killing millions of people and causing one of the most disastrous events in human history is something that shouldn’t be taken lightly either. PewDiePie isn’t exactly taking advantage of a society’s crippled economy and inciting a political movement to blame a group of people for their financial woes. Neither is he rallying his subscribers to have such political views that encourage to kill a person based purely on race.

Now, many sites have stated that, due to the nature of the jokes, many hate groups like Neo-Nazis have shown support and started following the YouTube personality. This is a legit concern of course and the media is right for pointing this out. However, Felix has, in turn, after learning of this, released a statement condemning the support for these groups and does not share their views in any manner whatsoever. Yet, many outlets do not see this as enough of an apology, such as Gizmodo writer Bryan Menegus, who points out that Felix’s defense is similar to that of a cow defecating.

However, we can’t blame the media completely. As stated earlier, it’s mostly a numbers game now, so their use of such words or accusations in their titles is mainly their way of bringing in an audience. Without those clicks or views, many of these people would be left to the way side and, in the worst case scenario, without jobs. Although, they do have a responsibility to make sure they know what they’re talking about, have substantial facts to support such accusations, and make sure that they’re taking into account the whole picture without injecting personal feelings into the article, regardless if it’s called an Op-ed.

Both sides are at fault here and both should answer for their actions and take responsibility. Jokes that target a certain race, culture, person, or historical event are always going to be dancing the line of harmless and offensive. It is up to the personality who makes the joke to know the repercussions of such actions and, if needed, release an apology. Also, learning from the experience and changing should also be expected. PewDiePie has recently released a video about the repercussions, while also taking jabs at the media.

As for the media, it’s their responsibility to the people to bring the facts and look at the situation from all angles. Regardless of reach or status, media establishments should do their research and realize what it really means to call someone a Nazi or a Fascist, or anything similar to that caliber. Taking excerpts and framing them to support arguments is in no way considered research or journalism, and neither is mixing in personal opinion, quite frankly.

At the end of all this, the so-called fight between the media and PewDiePie is something that will hopefully make us more aware of what to do and what actions we can take as consumers of the media. We should always remember that both sides have their faults. People shouldn’t be afraid to call others out for their mistakes, but make sure the grounds are substantial and not superficial just to make a statement and feel part of the conversation. We should all learn to discuss more with each other rather than hurling groundless accusations and making the divide between media and people even larger.