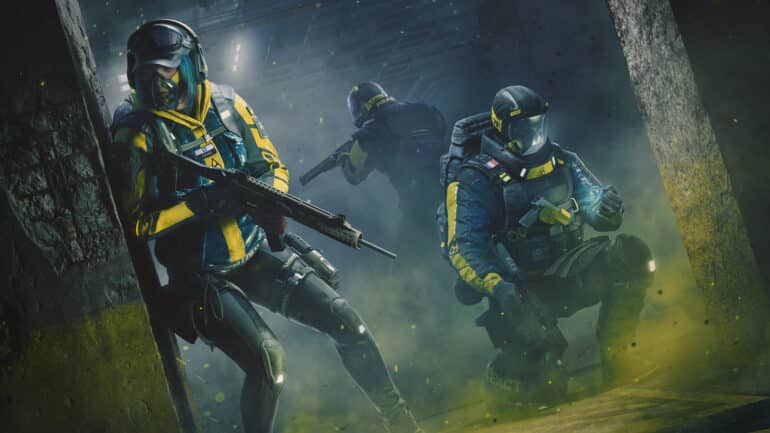 Rainbow Six Extraction will be releasing this January 20, 2022. Those ready to strategically tackle the extraterrestrial threat can pre-load the game early should they already have bought a copy of the game.

The game will be launching in different times depending on what platform you bought it on and where you live.

Here’s the official photo for the launch times of Rainbow Six Extraction.

No matter what city you live in, Rainbow Six Extraction will be available for play on the stroke of midnight on your local time.

Rainbow Six Extraction How to Pre-Load

You can check out all about pre-ordering the game on the official Ubisoft Rainbow Six Extraction site.

Will Rainbow Six Extraction Have a Free Next-Gen Upgrade?

Rainbow Six Extraction will offer a free next-gen upgrade for those who purchased a copy for the Xbox One or PS4. Simply download the game on your Xbox Series S|X or PS5 and it’ll give you the option to upgrade to the next generation for better performance.

Rainbow Six Siege will offer a Buddy Pass. For those who aren’t aware, Buddy Passes are essentially a “plus one” ticket to bring a friend with you to play the game. They function much like the Friend Pass in Ghost Recon Breakpoint. In Extraction, you can invite two friends to play with you for free for up to 14 days.

The Buddy Pass will be available for both the standard and digital deluxe edition of Rainbow Six Extraction.

Rainbow Six Siege has two editions you can choose from, either digital or physical. The standard edition of the game will offer the base game as well as the Buddy Pass. The digital deluxe edition of Rainbow Six Extraction will be offering that as well, except it will also come several cosmetic items, XP boosters, and a 10% discount on the in-game store.

The Noxious Touch Pack will offer you an exclusive skin for Alibi which is the Noxious Touch Uniform. The Noxious Touch and Redeemer weapon skins themselves can be used by any of the operators. Anyone will also be able to equip the Jawbreaker and Guardian Angel Charms.

The Obscura Pack will offer you two weapon skins as well as charms you can equip. This pack offers the Cephal Black and Cerulean weapon skins that can be equipped by any operator. The Redacted and Anagram charms are also offered for this pack.

The React Strike Pack offers a more practical than cosmetic experience. You will receive XP boosters for any event post launch of Extraction. Items will also be discounted by 10% on the in-game store. Of course, this also comes with the Frontline Pack which offers the Spectrum cosmetic set for headgear, uniform, and weapon skin. This pack also comes with the Lockjaw charm.