Ready Or Not – All Mission Types and Game Modes

An overview on all available game modes on Ready Or Not. 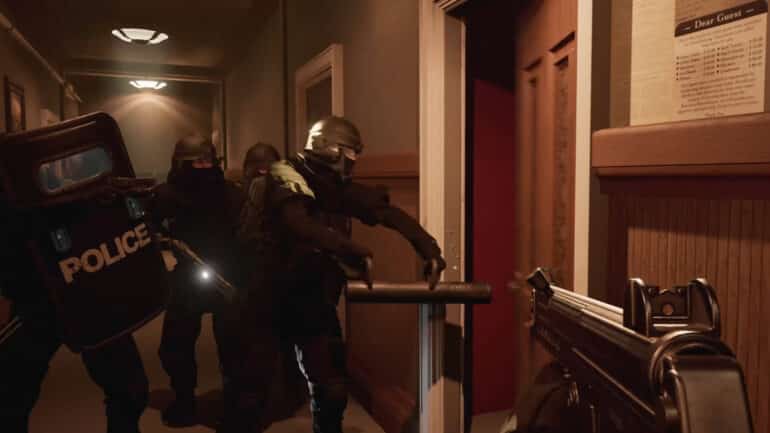 Ready Or Not has a couple different modes such as a single-player campaign mode and a multiplayer mode, with the main difference being you playing with AI versus you playing with other people, respectively.

Missions or runs can also be further classified depending on the location and the type of situation that you and your squad will be heading into.

What are the Missions Types in Ready Or Not?

The mission types can be loosely considered as the difficulty level of a mission. Each mission type presents different kinds of scenarios to which your squad will have to respond to follow a set rules of engagement.

The number one priority is to save as many lives as possible. Rescue civilians, detain suspects, and don’t use lethal force unless a squadmate or a civilian is threatened. Considered as the “easy” mode, suspects are mostly compliant.

Multiple suspects are much more hostile and less compliant in raids. Rules of engagement have been loosened, so use of lethal force is allowed.

A gunman is killing every civilian it sees as it roams around the map. Immediate pacification is needed to prevent casualties.

Locating and diffusing the bomb becomes first priority. There’s only a limited amount of time before the bomb sets off, not to mention that there are also hostiles to dal with and civilians to rescue. Efficiency is needed to not jeopardize the mission.

Suspects have actively taken civilians as hostage inside a room. A single wrong move could cost a civilian’s life.

Is there PvP in Ready Or Not?

PvP mode that was available during the Alpha period is currently not an available game mode right now, but the devs have planned to add it to the game in the future, so players will just have to wait for when it gets implemented into the game.

If you liked this article, you may like to check out our other Ready Or Not articles:

Watch this video by GLID Gaming whose squad consists of marines and a soldier as they take on a raid mission: