Will Ready Or Not be Available on Xbox, PS4 or PS5? 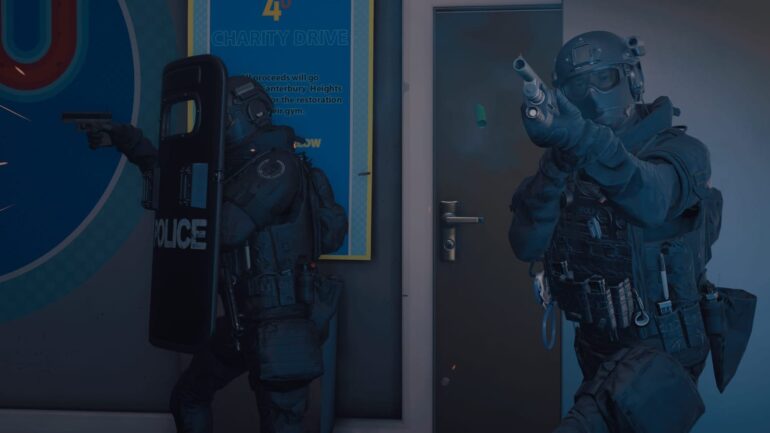 Is Ready or Not available on the Xbox, PS4 or PS5 consoles?

Ready Or Not just went on early access recently for PC and has been getting some buzz from fans of the shooter game genre. In the current playing field, most of the recent and ongoing action shooter games are fast-paced or competitive, so with the revival or the more slow-paced and strategy-driven gameplay that Ready Or Not offers, it’s expected that there will be a number of fans that are excited and enthused.

As its player base grows, gamers ask this question: Can we play Ready or Not on Consoles?

Ready or Not Platforms

Currently, Ready Or Not is a PC exclusive game, but according to the devs at VOID Interactive:

So depending on how good the game will perform on its current PC platform, the devs may also release Ready Or Not on consoles, and even on mobile and cloud gaming. So non-PC gamers, cross your fingers; there is still hope.

As of now, VOID Interactive has no plans to release Ready or Not on consoles, especially given that the game is still in the Early Access stage.

The game’s Steam page estimates that it will be in Early Access for nearly a year. For now, it looks like we won’t be seeing a console release of this game any time soon.

Because Ready or Not is self-published by the developers, it will likely take longer for them to either secure enough funding to plan for the game’s release on consoles or find a publisher to do so.

If you are interested in playing the game right now, it’s up on sale in Steam or you can get an early-access copy of the game from their official website.

If this guide helped you, you may like to check out our other Ready Or Not articles: