Ready Or Not – All Tactical Equipment, Devices, and Grenades List

A quick look into the various tactical equipment in Ready Or Not. 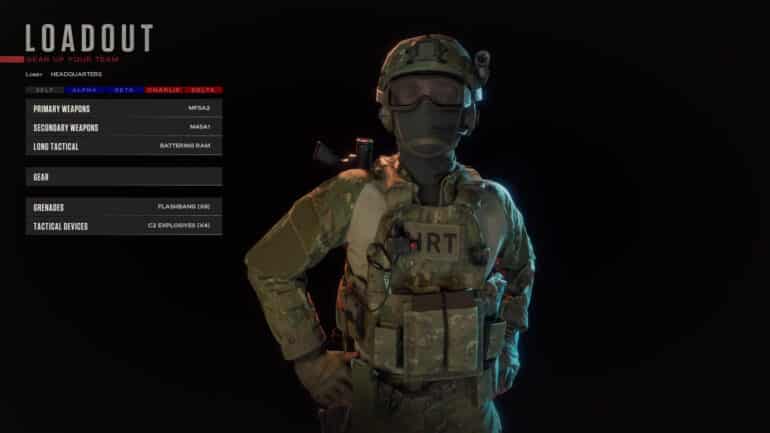 Ready Or Not is one of the newest tactical first-person shooter that came out on early access and is also getting some high praises from its player base so far. Players take the role of Special Weapons and Tactics officers whose job is to diffuse hostile and dangerous situations in strategic ways.

Of course, it’s part of the job (and the title) to work with special equipment and devices to get the task done efficiently with as little to no casualties – at least not for the bad guys. So in this article, we’ll take a look at the different kinds of special arsenal you, as an operator, can use in missions. Firearms will be listed on a separate article.

All Tactical Equipment in Ready Or Not (a.k.a. Long Tactical)

Long Tactical Equipment is the type of equipment you’ll need in Ready or Not to help you safely enter a hostile environment. When used properly, they can provide you with a competitive advantage that may be necessary to ensure your survival.

This piece of equipment allows you to look under doors, and around corners.

A special kind of shotgun used solely for breaching and blowing up doors.

A shield used to protect from direct gun fire. It can only be used with sidearms.

How to get the Rescue Shield in Ready Or Not?

In Ready or Not, Grenades and Tactical Devices are often some of the most important tools you can bring with you on a mission. Your chances of survival and success in a mission depend on how well you use the tools you have at your disposal during the course of the mission.

All Tactical Devices in Ready or Not

Tactical Devices are typically deployed as countermeasures to the difficulties that you may encounter while on a mission.

Explosive charges used to blow open locked doors and stunning those on the other side.

A device placed under a door to prevent it to be opened from either side.

A can of irritant used to incapacitate an individual when sprayed on the face or the chest.

All Grenades in Ready or Not

Use grenades when going on the offensive in order to neutralize hostile targets, which is usually accomplished through debilitation and disorientation.

A grenade used to blind and disorient individuals caught in its blast.

More commonly known as tear gas, it’s used to fill a small area with an irritant, causing nearby individuals to have difficulty breathing and blurred vision.

A non-lethal version of a frag grenade, it uses tiny rubber balls to hit individuals in a small area to stun or disorient them.

An operator can only carry a single kind of item per category, so make sure that you and your teammates have varied loadouts and are geared up based on the roles that you’ll be taking on during the missions. Using these equipment during the right moment and in the right places will increase your chances of completing the mission with a high score.

New Weapons in Ready or Not Coming Soon

New Weapons in Ready or Not will be released some time this month – January 2022. The developer, Void Interactive, has revealed that Ready Or Not will receive a significant update in January, and has provided an overview of what players can expect.

In a blog post published last week, December 31st, Void Interactive expressed its gratitude for “all of the support and attention Ready Or Not has received,” and revealed that additional content for the game would be released later this month.

In addition to four new weapons and updated models for several pieces of equipment.

Can more powerful weapons in Ready or Not be purchased by real money?

A clarification from the devs was issued after the annoucement of the addition of the MK1 BCM reminding players that this weapon, or any other weapons for that matter, do not provide statistical advantage to players.

Furthermore they reminded fans that Ready or Not will never become a pay-to-win game in any aspect.

If you are interested in playing the game right now, it’s up on sale in Steam or you can get a copy of the game from their official website.

If this guide helped you, you may like to check out our other Ready Or Not articles: