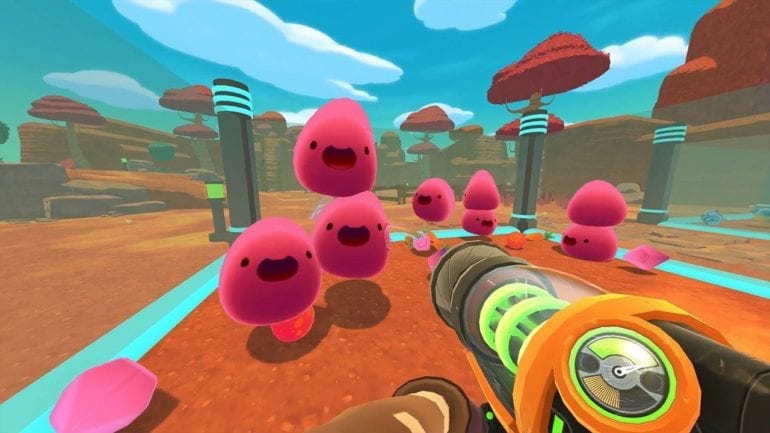 Does Slime Rancher 2 have an ending?

Slime Rancher 2 has no ending at the time of this writing. Even after “defeating” the latest boss, Boom Gordo, the large red slime just explodes into smaller red slimes and lets you enter the empty cavern that doesn’t really offer a way through. Developers Monomi Park has promised that they’ll add an ending to Slime Rancher 2 in proceeding updates.

At this current moment, Slime Rancher 2 is still in Early Access. We most likely will see an ending once the game is released in full. Until then, we’ll have to wait for future updates to give us an inkling as to where the story is heading.

If you’ve played the first Slime Rancher game, then you’ll remember that Beatrix goes home and receives a letter from Casey. This ending triggers once you open your final Starmail from Casey titled “Another tour” which will then proceed to the credits which shows you Casey playing a guitar looking at the sky above.

When all’s said and done, it isn’t the most expressive of endings. We’ll have to wait and see if Slime Rancher 2 has a more animated ending in store for us. We may discover more about the prismatic paradise filled with slimes that Beatrix calls home.

That’s the Slime Rancher 2 ending explained. Or at least the lack of an actual ending at the time of this writing. We’ll update this article for more information once Slime Rancher releases in full. In the meantime, some Slime Rancher articles:

This Youtube video from Kusemek shows you all the “bosses” in Slime Rancher 2.