Not entirely a new idea, but it sounds fun. 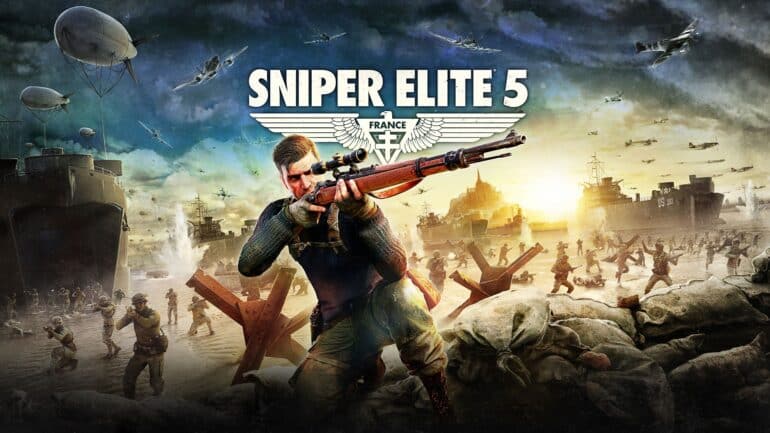 Rebellion officially announces a new multiplayer mode in its upcoming Sniper Elite 5 that lets other players take the role of an Axis sniper that tries to assassinate you in the campaign mode.

Alongside the announcement is a cool CGI trailer made by Rebellion VFX:

In Sniper Elite 5’s Invasion Mode, players can join the campaign session of other players as an Axis Sniper to eliminate them.

Much like Ubisoft’s Online Hacking multiplayer mode in Watch Dogs and the critically acclaimed Deathloop where players control Julianna to kill the Colt player, Sniper Elite 5’s Invasion Mode works the same way. The primary players will get an additional objective to eliminate the Axis Sniper to get more rewards if someone joins their session.

Here’s a quick description of what Invasion Mode has to offer:

“Invasion Mode will enable some unique skills for both players. The Axis invader can use the AI Axis forces to help locate the Allied player. Tagging an Axis soldier will enable ‘Eagle Eyes’ which means that if that soldier spots the Allied Sniper then their last known location will be displayed on the map. The Axis Sniper can also instruct nearby soldiers to ‘Stay Sharp’, increasing their awareness. For the Allied Sniper, each level has invasion phones scattered around the map which the player can use to discover the last known location of their opponent. But beware, as not only can these phones be booby-trapped, but overuse will raise suspicions and reveal the player’s location.”

While players do have the option to turn off Invasion Mode to prevent other players from ruining their single-player fun, Chris Kingsley, the CTO at Rebellion, recommends to leave the feature ‘on’ as it’s “a lot of fun” jumping into another player’s session to find “innovative, stealthy ways to take each other out,” according to the press release.

It’s a nice optional multiplayer add-on that raises the difficulty when you’re playing the campaign. Modes like these tend to offer a lot of new ways to approach the game and make it challenging to finish, however, for some it may be a completely different experience, a bad one per se.

Sniper Elite 5 is expected to release on PS4, PS5, PC, Xbox One, Xbox Series X|S, and it’s also a day one release on Xbox Game Pass.