DLC details of the Trial of The Dragon King Revealed 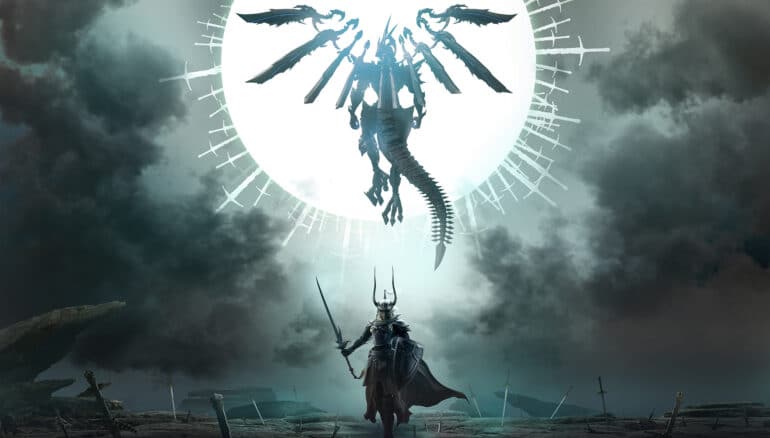 Stranger of Paradise Final Fantasy Origin is the latest spin-off game of the Final Fantasy series. Since its release, the game’s story and gameplay mechanic has impressed many Final Fantasy players, especially me. With so many unexpected things that the game has presented, many gamers are waiting for the release of the new DLC of the game called Trial of the Dragon King this coming July 20, 2022.

Trial of the Dragon King Story:

After countless deaths, countless cycles, a man assumed the mantle of
the dark god of chaos and seized the very power of creation for his
own.
All this was according to plan—a meticulously orchestrated scheme
to shatter the shackles the Lufenians had placed upon the world and
free Cornelia from their grasp.
His first task complete, he set the wheels of a new design in motion.
Across time eternal, he and his allies would nurture and guide heroes
worthy of the title of warriors of light—just as a friend had once
guided him and his comrades.
For in the end, it is only the light that can sever the fetters of the past
and lead the world to a brighter dawn.

The king that rules over dragonkind, Bahamut sets trials for the brave and awards them titles. Taking an interest in Jack and the others, it lends
them its counsel and strength.

Warriors of Light who appear in Cornelia. They fight to restore the light to the crystals and save the world.

This new job allows players to summon Bahamut with powerful abilities at the cost of one’s full MP gauge. Depending on the MP limit consumed after summoning, you can release “Megaflare“, “Gigaflare“, and “Exaflare“. All of the attacks being summoned are powerful and have a wide attack range, so they are also effective when surrounded by enemies. You can also extend the summoning time by attacking the enemy and recovering MP.

A spellcaster job that summons spirits and attacks your enemies, buffs your allies, and even recovers HP. Activate the unique action “illusion” and summon the spirits that will
provide backup as you fight – for example, blast wave staggers enemies, shackle seals enemy movement, interrupt delays enemy actions and heal restores your HP and the HP of nearby allies.

A new type of melee class job that uses the unique action “Assault Hook” that expands and contracts the wand to capture the enemy. Depending holder’s staff weapon, the behavior changes, such as jumping into the enemy and attacking, or attracting the enemy. It is a starting point for creating your own advantageous situation, such as narrowing the distance to the enemy from a distant position or attracting a specific enemy during a group battle.

A new weapon will be implemented into the game. It allows players to attack enemies over a wide area by adjusting the length of the weapon. During a normal combo, you can perform thrust attacks or gain distance while unleashing an upright attack.

Some special effects can be equipped to use specific abilities such as “enemy techniques“.

In the battle settings, players can change the class of the jobs. There are two types of classes, “EVOCATION” and “ULTIMA“, that will be added, and job-specific actions will be strengthened respectively. They can acquire new abilities by using “Mouse’s Tail” on the class tree screen.

Equipment that drops on HARD or higher difficulty is equipped with unique special effects such as “damage increases against specific enemies” and “more powerful effects than normal special effects“. The higher the difficulty level, the easier it is for the chaos effect to be added.

In Final Fantasy Origins, there will be a new difficulty that will be added to the settings called BAHAMUT. On that difficulty, a Bahamut tab is added to the game menu.
The Bahamut tab has three functions: “Trial of the Dragon King,” “Exchange,” and “Conversation with Bahamut.” A new story is unfolded by completing the “Trial of the Dragon King” and “Conversation with Bahamut“.

If you are challenged by the Dragon King, you will have various disadvantages, but you can acquire the dragon’s treasure when you clear the mission.
Also, if you raise the rank of the trial, it will be easier to acquire high-performance equipment with a chaos effect.

If players manage to clear the Dragon King’s Trials, the dragon’s treasure will be rewarded and can be exchanged for items and equipment at the exchange.
The assortment of exchanges can be updated, and the number of times that can be updated increases by clearing a certain number of missions.

By completing the Trials of the Dragon King, new items will be added to “Conversation with Bahamut“, and by performing that unique action, new missions will be added and the main story will progress.

The season pass is currently now available for purchase. The pass will include the following:

Strangers of Paradise Final Fantasy Origin is now available on PC (via Epic Games Store), PS4, PS5, Xbox One, and Xbox Series X|S. Trials of the Dragon King DLC will be available on all platforms on July 20, 2022.