The Quarry Voice Actors and Cast 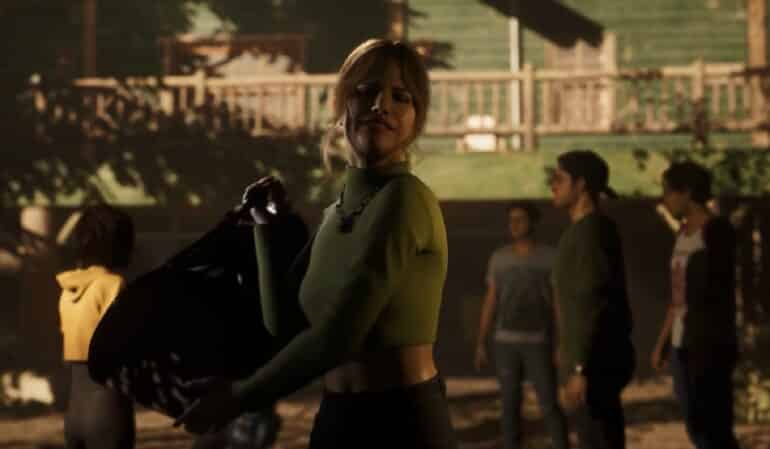 Supermassive Games’ The Quarry is almost here, and like most of their other releases, it is packed with celebrities who will play the characters which you get to control throughout the game with a creepy aesthetic and new setting

It’s become tradition for the developers to assemble a superb team of acting talent to portray its characters, and The Quarry is no different. If you’re looking for the latest information on The Quarry voice actors and cast, this is what you should know.

The Quarry Voice Actors: Who are the Characters in The Quarry?

It’s likely that you’ll recognize the voices of some of your favorite actors from latest projects on tv and movies, which includes some well-known Hollywood stars.

Here’s a list of all Characters in The Quarry and its Voice Cast:

Ariel Winter plays the role of Abigail, sketchbook-dwelling hopeless romantic who still expects to find love before the end of the summer. Considering her age, Ariel Winter has been part in quite a lot. Alex Dunphy from the ABC sitcom Modern Family may be familiar to you. Also, she did the voice of Sofia in Sofia the First and Penny Peterson in Mr. Peabody & Sherman.

Ethan Suplee plays the role of Bobby, a hunter within the camp. Ethan Suplee has had a long and successful acting career that includes major roles in films like Remember the Titans and The Wolf of Wall Street, as well as television appearances on shows like My Name is Earl and Boy Meets World.

David Arquette plays the role of Chris, a character who players meet early in the game and Hackett’s Quarry summer camp’s father figure. Since playing Dewey Riley in the Scream series, David Arquette has had success as an actor. He also appears as Chris McCormick and Rob Geller in Eight Legged Freaks and Never Been Kissed

Lin Shaye plays the role of Constance. Among her most notable roles are Elise Rainier in Insidious and Laura Harrington in Dead End. She has also demonstrated her comedic chops by starring in the films Dumb and Dumber and There’s Something About Mary.

Miles Robbins plays the role of Dylan, a camp favorite because of his great musical knowledge and edgy personality with a deep aversion to rejection. The same as his character, Robbins has a musical background as a member of a psychedelic pop band. He also appeared in the films Blockers and Halloween (2018).

Grace Zabriskie plays the role of Eliza, a Curator-like figure in The Quarry. Actress Grace has been in a number of popular television shows including Seinfeld and The King of Queens as well as Charmed. Additionally, she starred in Armageddon and the 2004 remake of The Grudge.

Halston Sage plays the role of Emma, a camp counselor in The Quarry. While best known for her role in The Orville, Sage has also appeared in the films Neighbors and Dark Phoenix.

Zach Tinker plays the role of Jacob, the charming jock in camp with a soft spot for Emma. Zach Tinker has had guest appearances on a number of television shows, including Days of Our Lives and The Young and the Restless. In addition, he has appeared in episodes of American Horror Story and the Netflix original series 13 Reasons Why.

Lance Henriksen plays the role of Jedediah, a member of the family that owns the camp land and has a role in the story. Lance Henriksen has had a long and varied acting career spanning more than four decades. Emil Fouchon in Hard Target, Bishop in Aliens or Alien vs. Predator, or Ace Hanlon in The Quick and the Dead are all contenders if you recognize his voice.

Brenda Song plays the role of Kaitlyn, who is the de facto leader in any circumstance due to her charismatic demeanor and creative mind. Throughout the 1990s and 2000s, Brenda Song appeared in a variety of roles on Disney Channel, including the Suite Life of Zack & Cody and Wendy Wu: Homecoming Warrior. In addition, she appeared as Madison Maxwell in Dollface, Christy in The Social Network, and Jennifer Williams in Secret Obsession.

Siobhan Williams plays the role of Laura, who aspires to become a veterinarian, acts as a camp counselor, and is also Max’s girlfriend. Previously, Siobhan Williams has appeared in Dragalia Lost, a 2020 video game, and The Chant, a recently-announced horror video game. She also had a role in Welcome to Marwen.

Skyler Gisondo plays the role of Max, the camp’s resident prankster and love interest of camp counselor Laura. Among his best-known roles, Gisondo appears in Olivia Wilde’s Booksmart. Aside from that, his career includes roles in The Amazing Spider-Man films as Howard Stacy and Santa Clarita Diet.

Evan Evagora plays the role of Nick, a sweet-talking teenage heartthrob. Evagora is well-known for his roles in Star Trek: Picard as the Roman immigrant Elnor and 2020’s Fantasy Island.

Justice Smith plays the role of Ryan, an aloof hero. Justice Smith has a very outstanding portfolio, despite the fact that he hasn’t been in all that many roles. His appearances as Franklin Webb in Jurassic World: Fallen Kingdom, Tim Goodman in Pokémon Detective Pikachu, and Radar in Paper Towns may be appealing to you.

Ted Raimi plays the role of Travis, a police officer who appears frequently in the story. Ted Raimi is the brother of the well-known film director Sam Raimi. Since they are brothers, Raimi has appeared in a number of Ted’s works, including Evil Dead and the original Spider-Man trilogy, as well as having a role in the illustrious cartoon Invader Zim.

So, There you have it, that’s everything we know on The Quarry’s Cast and Voice Actors. You can count on us to update this page with additional cast information as it becomes available!

To stay up to date on the newest The Quarry news, guides, and features, you can check out our related The Quarry articles here.

Check out this video by theRadBrad on his Full Gameplay Walkthrough (Part 1) in The Quarry: