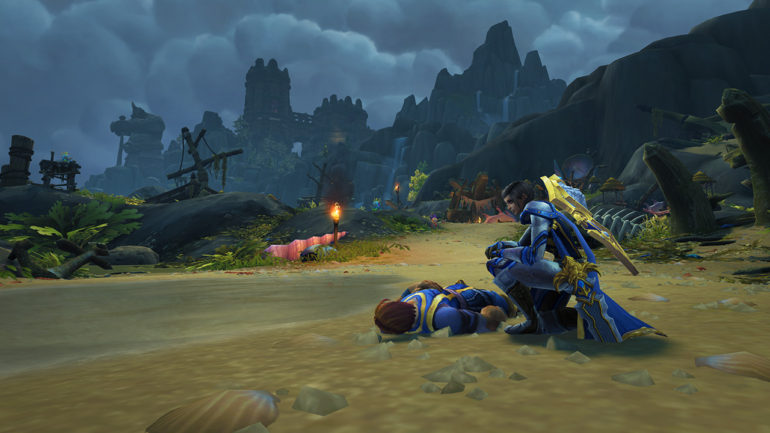 Game company Blizzard recently revealed in its official blog post that the upcoming expansion of World of Warcraft will introduce a new starting area.

Blizzard stated that Shadowlands will include a new starting area called Exile’s Reach, which will be for the starters. Players who are new to the game will join a group of novices that will sail to find a missing expedition. Some incident happens and then they wake up on a new island location.

Exile’s Reach can be explored with between levels 1 to 10. The quests there will increase as the players progress. The last part of the journey will be a new mini-dungeon that will have two new bosses. This will need a party of up to five players.

In this island players will get to learn the basics and will depend on the class they choose. They will be introduced to new skills that they can learn along the way. The island exploration is mandatory and after completion, they will be flung to the Battle of Azeroth timeline. When they reach level 50, they can then go to the expansion Shadowlands.

The upcoming expansion will launch something this year.