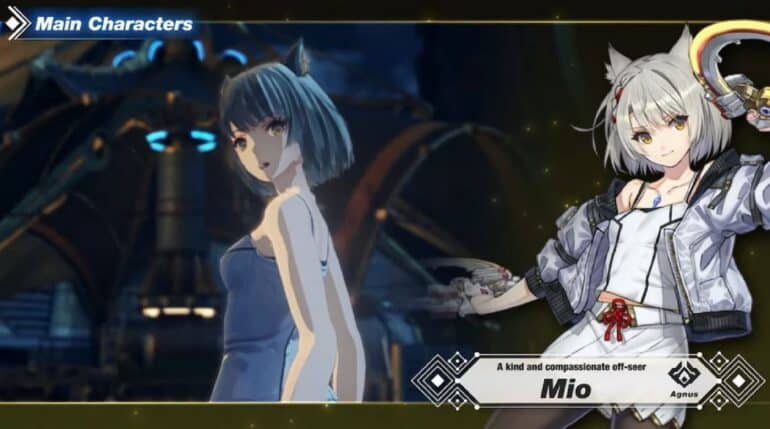 Mio is a playable character in Xenoblade Chronicles 3, and she’ll be a mainstay of your party for quite some time. Along with Noah, she is one of the two main protagonists.

Mio is an Off-Seer who hails from Agnus, one of Keves’s greatest rivals. As a result of the events that led to her and her companions joining Noah’s group, she develops into an exceptionally useful member of the party.

So, to help you get the most of Mio in Xenoblade Chronicles 3, we’ve prepared a quick guide to the best Arts and Class builds for her below.

Mio’s initial class in combat is Xephyr, and her initial Role is that of a Defender. These defenders stay alive thanks to their chakrams and their nimble reflexes. As you gain experience and level up, you’ll unlock new classes, giving you more freedom to create your ideal character build.

Both classes have potent skills that Mio can put to good use, but the decision of which to adopt should be influenced by the needs of your actual Party.

Start with Mio’s initial Arts to make her a powerful character. Particularly effective for dealing damage and drawing aggro from enemies are the skills Butterfly Blade and Air Fang. When used at the right moment, Wide Slash lets you avoid damage while dealing damage to your enemies.

These are essential gems to have on your defenders that rely on avoiding attacks rather than reducing its damage output. Doublestrike boosts your probability to strike twice in a single auto-attack, while Tailwind increases your agility. Additionally, Steady Striker increases your character’s attack speed, which immediately improves your damage per second and also accelerates the cooldown of your auto-attack.

When utilizing the Zephyr class, Mio can prevent more damage from the enemy if she equips accessories that boost her attack, health, and agility. Given that her role is that of a Defender, any things that raise the amount of aggro to enemies should be equipped whenever possible.

As for the best Ouroboros Arts you should choose in the early to mid game, Deadly Twister allows you to prevent damage while Art is active while Radiant Ring helps you lock onto and deal damage to an opponent while they cope with your attacks. In combat, Full Moon Drop can be swapped out for Jaguar Slash if generating combos isn’t your primary aim.

Unlocking any skills or talents that connect to your status in Mio’s Soul Tree is recommended. Abilities that grant you the potential to avoid all attacks of your enemies while simultaneously inflicting damage on them will prove to be particularly handy while engaging a large number of foes.

With all that, you may find yourself wondering what kind of build you’re going to use next while you grind through the game. Then you should check out this option, which incorporates post-game content.

Also check out this video by Burner Reborn Gaming on his Most OP Early Game Build for Mio in Xenoblade Chronicles 3: