Ethel and a mysterious stranger gets introduced! 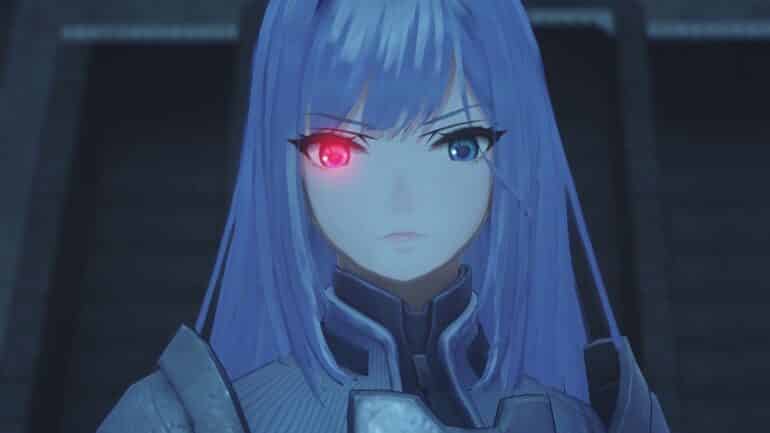 Nintendo has now revealed two more characters in that are heavily involved in the upcoming Xenoblade Chronicles 3 story.

These two new characters are actually not party members, but they are still important to the plot of the game. The first character was revealed on the official Twitter account of Nintendo of America recently.

The first character is Keves Commander Ethel. She comes from Keves Colony 4 in the game and dualwields two slender swords. According to the post, she is famous for defeating three enemy colonies at once with only 100 soldiers at her command. She has the nickname Silvercoat Ethel and really popular to all the forces of Keves.

In the game, Ethel suddenly attacks Noah who is someone from Keves as well. When she sees Noah’s group, she calls them monsters for some reason. Also, her right eye glows red. It is possible she is possessed by some outer force or some programming that got embedded in her.

The second character that got revealed is Guernica Vandham. The post from Nintendo of Europe says he is a mysterious man who appears before Noah’s group when they face off on the battlefield. He also informs the group about the true enemy they are looking for. He also asks them to look for a land that is pierced by a great sword.

More details might get released at a later time as the release date draws near.

Xenoblade Chronicles 3 officially launches on July 29, 2022. It will be available exclusively on Nintendo Switch.