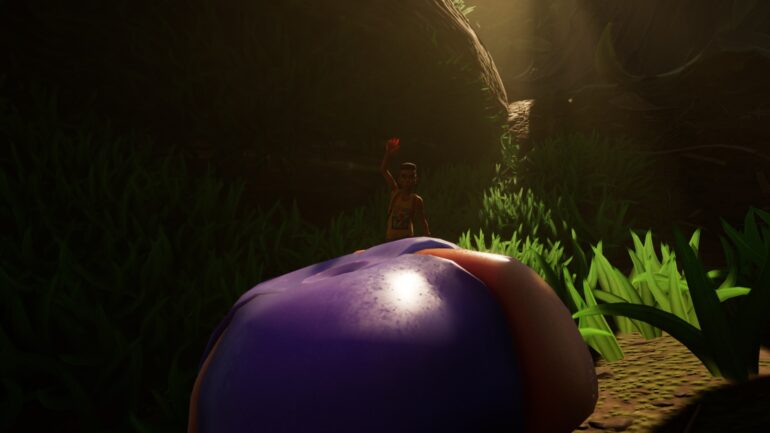 The Berry Leather in Grounded is a craftable material resource that you’ll want to stock up during your playthrough. Obtaining it grants access to far stronger equipment, allowing you to take on more formidable foes with confidence.

The process of getting Berry Leather is pretty straightforward, but just like in any other game, there are certain prerequisites you must fulfill. If you’re wondering how and where to get it, here’s what you need to do.

How to Get Berry Leather in Grounded?

First of all, even though Berry Leather can be crafted, it will not appear in your Crafting menu by default. Instead, you’ll need to obtain Berry Chunks first, then analyze it using any Resource Analyzer to unlock the Berry Leather Crafting Recipe.

You can get Berry Chunks from Blue Berries, which can be found in the Hedge Biome adjacent to the eastern Flooded Zone swamp area, in the far southeast of the map.

From here, you’ll spot Berries hanging from tree branches or lying on the ground. We recommend having a bow & arrow to shoot it down from its branches, or just go near it and throw some other stuff, it’ll drop as long as you hit it properly. After that, you can then harvest the berries for Berry Chunks using a a Chopping tool (Axe).

Now, take the Berry Chunks to any nearby Resource Analyzer and you’ll eventually unlock the Berry Leather Recipe. Crafting one will require a Workbench or a Jerky Rack, along with the following resources:

As mentioned above, you’ll need an Axe to chop Berries. The first Axe Recipe you’ll likely unlock is the Pebblet Axe, which can be unlocked by analyzing Pebblets.

What are Berry Leathers used for in Grounded?

Berry Leather is used to craft higher tiered weapons, tools, armors, and some Decors. As such, here’s a list of craftable materials that require Berry Leather:

If you like this guide, check out our other Grounded articles here.

Also check out this video by WoW Quests on How to get Berry Leather in Grounded: