Apex Legends Control: New LTM Mode – Leaks and Everything We Know So Far

Control will have players competing for control in 9v9 combat. 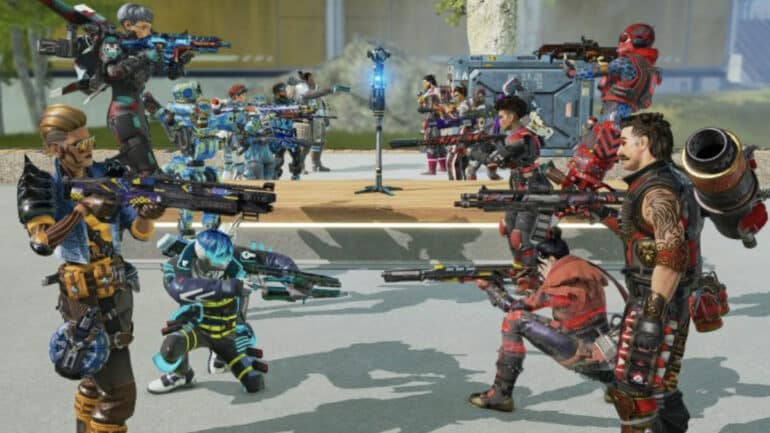 Apex Legends Season 12 introduces “Control“, a new game mode which no doubt many players are looking forward to. Control is a limited time mode which turns the battle royale Apex Games into the classic Respawn shooter we all know and love. Here is all we know about Apex Legends Control, the new game mode.

Control brings back the classic shooter arena we all know from Respawn Entertainment. Apex Legends is a battle royale game at its core. However there have been some deviations in the past regarding its core gameplay loop with the introduction of Arenas which pits players in a 3v3 fight.

According to the official Apex Legends webpage, the new limited time mode from Apex Legends will pit players in a 9v9 battle. However this isn’t simply just a larger Arena mode with more players. In Apex Legends Control will allow players to respawn and continue the fight even after death. Players will have an infinite number of lives while they fight to take control of certain points in the map.

Apex Legends Control sounds more in line with Call of Duty’s Domination mode where the points are what counts to victory rather than kills. It won’t be a last team standing this time unlike the battle royale or arena modes of the Apex Games.

Unlike the battle royale version of Apex Legends, Control will have players picking their own loadout. It’s unknown if this means players can purchase their loadout like they do in Arena or have a predestined loadout choices prepared before the match begins.

Right now we still aren’t aware if Respawn Entertainment is planning on adding Control as a permanent game mode to Apex Legends.

Control will release on February 8, 2022 which is the start date of Apex Legends Season 12 Defiance. The new LTM will go on for the first three weeks of the season.

We aren’t aware if Control will be a one-time event. But if we may guess, it’ll most likely depend on player reception. If a lot of players like the mode, then we’re sure to see it return in the nearby future.

With Control, comes the new uncontrollable legend, Mad Maggie, who was featured in a short animation of Apex Stories From the Outlands. With Maggie in the Apex Games, comes a new breed of madness taking control. Can you thrive in Defiance?