Newcastle enters the scene and protects everyone with his might shield! 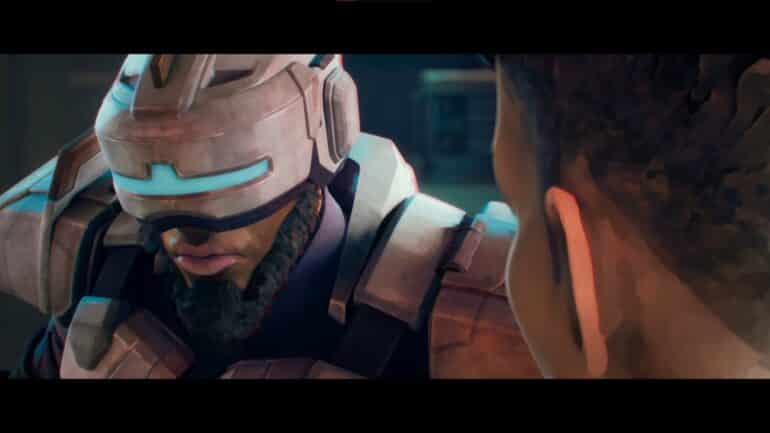 Respawn Entertainment has recently released the Apex Legends Saviors launch trailer and it introduces the upcoming new Legend to grace the roster, Newcastle.

The video starts with a party where Anita Williams aka Bangalore is going to retire and seems to be Revenant is following her as well. She finds the newcomer Newcastle together with the rest of the Legends and seems she is not easily convinced of his abilities. Loba asks her if she is willing to reconsider retiring and instead continue with the battles since she already has a family here, but Anita still wants to go back with her real family.

A round starts and a squad is assembled with Bangalore and Newcastle in it. They drop to Storm Point where a fight starts and Mirage gets easily taken out. Bangalore checks out the building that they landed on and carelessly took a weapon, but Newcastle warns her not to do so as he thinks it was a trap. A trap it was indeed and robots pop out of nowhere surrounding them. Bangalore and Newcastle spring into action and somehow they are both in sync. The latter shows all of his abilities and the former is slowly getting convinced.

After wiping the enemies out, the ground shakes and a monster lizard appears on shore. The other Legends help out to take the monster down, but it was Newcastle that does all the work and shielding his fellow Legends from attacks. They finally take it down and slowly relax. Newcastle seems to be hurt and is approached by Bangalore.

By the end of the trailer, it was revealed that Bangalore actually knew the real identity of Newcastle, and it was actually his older brother that she thought that died in an accident, Jackson Williams.

Apex Legends Saviors starts on May 10, 2022 together with the addition of the new legend Newcastle. The game is now available on PS4, PS5, Xbox One, Xbox Series X/S, Nintendo Switch, and PC.

For more Apex Legends content, check the articles below: