Where to find all Asterigos: Curse of the Stars Secret Bosses and how to beat them. 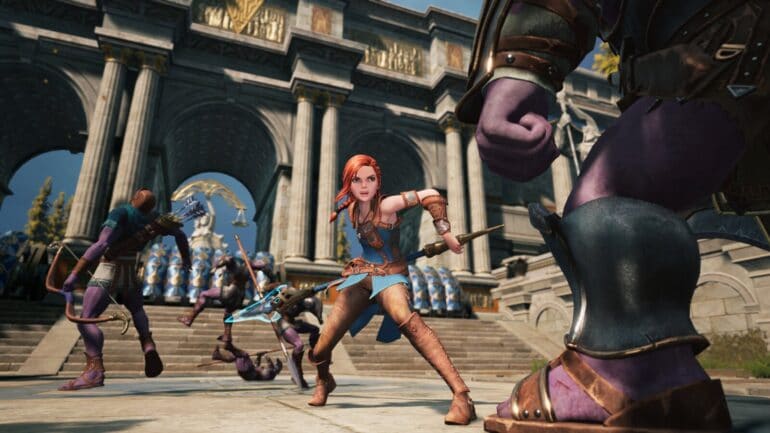 The Asterigos: Curse of the Stars Trinity Challenges can only be started once you’ve activated Trinity Night in the main playthrough. After beating the game, you’ll unlock Trinity Night, a mode in which you’ll face 10 bosses that look similar to those you’ve already faced but are much more dangerous.

And even after you’ve activated Trinity Night, you’ll still have to locate and fight the Secret Bosses in order to complete the challenge. This guide will show you where to find all Asterigos: Curse of the Stars Secret Bosses and how to beat them.

There are 10 Secret Bosses in the Asterigos Trinity Challenge. They’re all set in different locations and they can be difficult to find unless you know where they are. This guide will show you their locations and how to beat them so you don’t have to worry about that.

Here are all the bosses you need to defeat to complete the Asterigos Trinity Challenge:

Wassily can be found in the Arges Plaza over at the Prima Boulevard. Approach him and speak to him about the choice of Faith. He’ll ask you a question and you need to respond with Follow the Wind to begin the secret boss fight.

Devoter Wassily is a mage who attacks in range. Ironically there is an exploit where you can run behind the pillars and damage him with your staff. Since you’re outside his area of attack, Wassily just sort of stands there letting you hit him until his health bar drains.

Breathless can be found in the Glittering Depths underneath the Astral Depth. Instead of going left to where the boss of the area is, continue straight and you’ll see a wall with pink crystal forming a path. Once you head inside, the boss fight against Breathless will begin.

Breathless has a thick exterior but he’s slow. In fact his health bar already shows before he can properly form during the beginning of his boss fight. Take advantage of it and damage him as much as you can. During the boss fight, Breathless telegraphs a lot of his attacks making them easy to dodge, however they are often area-of-effect attacks or large horizontal swings.

Doron can be found in the Arges Bazaar over at the Guardian Shrine. Run upstairs and exit on the door to the left which will lead you to a glowing red platform. You can’t miss Doron because of his large glowing red skin and feathered arms.

Feather Giver Doron is a fast opponent but he does telegraph his attacks. He leaves himself vulnerable after striking with flames or swinging his arms. But watch out for when he jumps to the air as he will dive into the ground with an area of effect attack.

Anangos can be found in the Stella Mines in the Lower Mine. Right after going through the Pass of Stairs and entering the Lower Mine, you’ll notice a wooden entrance with spikes. Once you enter the secret boss fight will start against Anangos.

Anangos the Reader loves to teleport around the place, but he often leaves himself open just after teleportation. He telegraphs just before he casts a spell making them easy to dodge and counter. Try to dodge behind him because his spells have a large area of effect from the front.

Kavouras, Hard Pincers is a large crablike creature who is fast and strikes with its pincers. It will jump to the air to quickly stomp on the ground on occasion. Watch out for when it starts running away from you because it’s looking for something to eat so it can regenerate health.

Soleucus can be found in the Sunken Outskirts over at the Flooded Belt. After exiting the metal gate and into the woods, go to the right and below where a shallow lake is. This will start the secret boss fight.

Soleucus the White Jaw is a large crocodile boss who will jump at you from afar. Its primary means of fighting is its mouth and tail but it can also damage you with its large roar. It leaves itself open to attacks from behind once it attacks with its jaws but watch out when its tail wiggles as it will do a circular sweeping attack.

Pallas can be encountered in the Caelum Summit at the Disc of Smite at the end of the Trail of Astrology. Bring some healing items because those falls will damage you on the way. Once you climb up the stairs into the arena, the secret boss fight will start.

Pallas, Guardian of Acropolis is a large fast wolf that barely telegraphs his attacks. He will charge at you from afar or bite you when you’re up close, and he can also summon lightning from above so you’re never safe no matter how far you are from him. Pallas can summon a beam from his mouth with medium range but it can be dodged.

Watch out for the little versions of him Pallas summons in the middle of the fight. Focus on them first before engaging the main boss. The most dangerous part about fighting Pallas is that he barely leaves himself open after attacking so you have a short time to counter his attacks before disengaging.

Miltos can be found in the Border Outpost over at the Outer Rim. Miltos is a bit challenging to find due to having to wander through the Border Outpost to get to the boss. Once you reach a gap where a tree acts as a bridge, drop below instead and head right. Follow the path and you’ll eventually head into a small cave where Miltos lies in wait.

Miltos the Matriarch is a large fire hog who uses her tusks to charge at you. She can quickly spin around when caught from behind so watch out for when her body wiggles. She will also leave behind trails of fire when she charges.

Astraix can be found in the Acheron Bank at the Styx. Astral can easily be found guarding the bridge. Approach when you’re ready to start the secret boss fight.

Astraix is a deer with snakes in lieu of a tail. At a distance, his snakes will spit venom at you and up close his large antlers will strike you. When Astraix starts swiping his right hood on the ground, he will emit electricity over his body and teleport farther away from you. He will then fire a ball of electricity which does damage around the area.

Considering you’re fighting on a small bridge, there isn’t much room to dodge his attacks especially when Astraix charges up. Go near him and he will stomp on the ground summoning electricity from above and he can spin around to push you away.

Heims can be found in Archon’s Reach over at Phalan Academy. Once you arrive at Archon’s Reach, take the stairs leading down to the left. Follow the path and you’ll shortly arrive where Heims is.

Heims is a frost lion with quick fast attacks. You don’t want to be caught off guard when counterattacking because this boss moves around a lot. Heims doesn’t have any notable special attack but his basic attacks are pretty quick.

Hardly A Challenge trophy/achievement in Asterigos: Curse of the Stars

By defeating all the secret bosses in Trinity Night you will complete the Asterigos: Curse of the Stars Trinity Challenge, and you will get the Hardly A Challenge trophy or achievement. Now that you know where to locate and how to beat them, you have your work cut out for you.

We hope you found this guide to be informative. For more Asterigos content, you’re already in the right place.

This Youtube video from Kusemek showing you where to find the secret bosses in Asterigos.