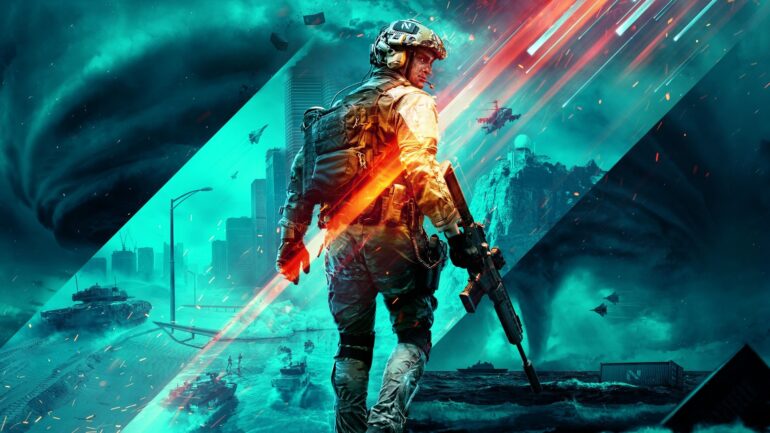 Tracking your stats has changed in Battlefield 2042 and you may not be as familiar with pulling up the scoreboard as you once where. On this article, we’ll teach you how to open the scoreboard and know your place no matter what platform you’re playing on.

There are multiple different aspects to tracking your stats in Battlefield 2042. But first you’re going to need to learn to pull up the scoreboard.

How to Open Scoreboard in Battlefield 2042

What button you press to open the Scoreboard can depend on what platform you’re playing on. However to actually read what’s on the scoreboard, you’re going to need to hold the button in order to keep the scoreboard pulled up otherwise it’ll disappear once you let go of it.

On PC, you can pull up the scoreboard by pressing tab. When you’re done, simply let go of the button.

On consoles, you need to press the options button. They’re the buttons on your controller with three horizontal lines going downwards. When you’re done, let go of the options button and the scoreboard will disappear.

The scoreboard in Battlefield 2042 isn’t the same as its previous iterations. While its purpose remains the same, there are several changes that give you new updated information on what’s happening on the battlefield. Thanks to this scoreboard you’ll be able to track your own stats, your team’s stats, other team’s stats, and other critical information such as how many revives are left for your team.

These are the key elements you should know when you take a look at the leftside of the scoreboard:

You can observe plenty of your own and your team’s performance thanks to tracking the scoreboard. This will help you learn how you’re doing in the Battlefield 2042.

Here are all the statistics and their meanings when you look at the right side of the scoreboard:

Every action you take in Battlefield 2042 can fill up the your Ribbons, otherwise known as the in-game accolades. As you take actions described in ribbons, your bar fills up with a blue meter. The more ribbons you fill up the higher the EXP reward you get at the end.

Now you know everything you need to now about Battlefield 2042 Stat Tracking and how to use the scoreboard. You’ll always have the head’s up in any game you’re in.

Long time players of the Battlefield franchise are not very happy with the way the Battlefield 2042 scoreboard was designed by DICE. They are wondering why the devs has removed something that was very useful among players.

Every squad’s kills, assists, and revives are shown while pressing Tab throughout a match. But unless they’re on your team, it won’t show you a player’s stats or how many times they’ve died.

Players even on the game’s pre-release are already asking to bring back the conventional scoreboard from previous Battlefield games, which displayed every player’s kills, deaths, score, and even the ping, as this has been mostly omitted from Battlefield 2042.

More of these feedback can be read in Battlefield 2042’s subreddit.

Thank you for reading our guide. For more of what we have related to Battlefield 2042 be sure to visit our other articles.

Also check out this wonderful video showing us how to view the stat tracker on Battlefield 2042 by Shezzy: