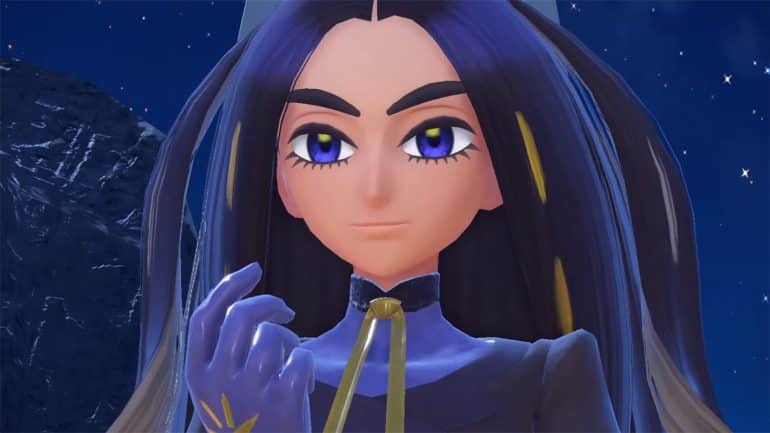 Geeta is the Top Champion of Paldea and is the final opponent that players will face in order to claim the Champion title. The team champion’s composition itself is quite unassuming and is mostly made up of Pokémon that can be easily seen in the wild, which makes it more intimidating in a different way knowing that Geeta managed to keep the title with the same team.

In this guide, we will talk about Top Champion Geeta and share some strategies and tips on how to easily win against the fight.

How to prepare for Top Champion Geeta

You can swap out Annihilape, Armarouge, Ceruledge, or Garganacl for your preferred starter or any other Pokémon that can fill their roles or typings.

Geeta’s team consists of the following Pokémon with their respective typings and move sets:

As shown in the roster, Geeta works with several types, but your team should have one that can counter or go against them effectively. Armarouge or Ceruledge can easily go against Espathra and Gogoat, and even against Avalugg if they are fast enough. Garganacl can take on Veluza or Kingambit, while Gyarados and Tinkaton can back each other up to take one Glimmora.

Geeta’s ace is Glimmora who gets terastallized with Rock Tera energy. Pay attention to its Tera Blast as it’s one of its powerful attacks that deals Rock-type damage.

Can Geeta be challenged again for a re-match?

Unlike in previous games, you can only go through the Championship once, so you will only be able to win against Geeta once within the Pokémon League. However, Geeta can be challenged again as she becomes a special trainer in the Ace Academy Tournament.