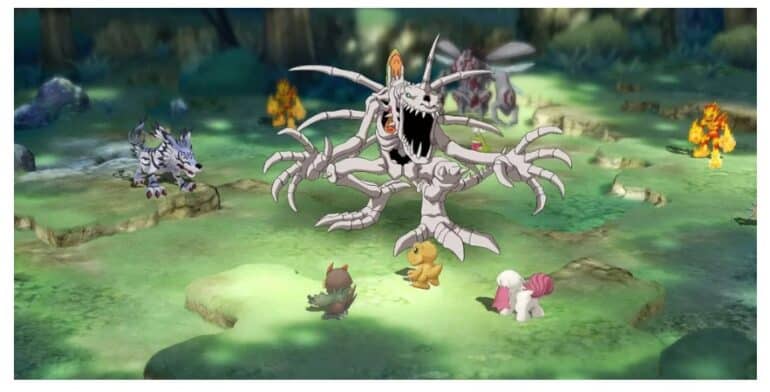 As the end of July approaches, Digimon Survive, the newest game of BANDAI NAMCO, is set to be released around that time. With so much news about the game’s details and the type of genre it is, a few details of which Digimons are coming to the game… until now.

Recently, new image scans from Famitsu were released showing confirmed Digimons coming to Digimon Survive. Not only that, an interview was made for the developers of the game telling the players the type of game Digimon Survive will be and how everything in this game will change their viewpoint of Digimon forever.

Interview from the Developer:

According to the developers of the game, Digimon Survive is one of their newest games that was originally announced for 2019. However, due to recent COVID incidents and unexpected delays in development, they had to push the release of the game to 2022 and wanted the perfect opportunity to surprise fans as they get in deeper into a whole new concept of bonding with your chosen partner Digimon in the game.

Not only that, the developers said as well that this may be one of the darkest yet contemplative Digi-games that they have worked on and hoping that fans will be surprised as a set of choices will determine the type of player in Digimon Survive.