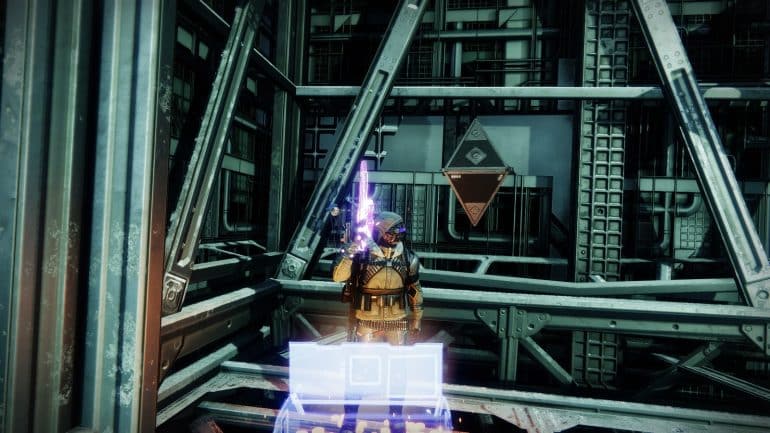 The mysterious resonance amp has started appearing in various locations around the system. They contain some long-forgotten weapons from the Golden Age, reforged to fight in a new kind of war. It is the Guardian’s duty to get them before they fall into enemy hands.

In this guide, we’ll tell you where you can find all resonance amp locations on Europa, the moon, and Seraph Station. We’ll also tell you what you need to do to activate them. This will count towards your Nodes Found triumph for your Seraph Seal.

What is a Resonance Amp in Destiny 2 Season of Seraph?

Resonance amp is a new consumable item that is introduced with Destiny 2 Season of The Seraph. This item is available after completing the introductory quest and is usable after a Heist Battleground on either Europa or the Moon (Luna).

The Resonance Amp is used to locate specific nodes after generating an override frequency. To create one, you’ll need to first collect 4 Resonate Stems and then combine them from your inventory. Resonate stems can be found by completing activities, and opening Seraph Chests.

Once activated, the message [CONNECTION ESTABLISHED] will appear, followed by a series of hints that give away the location of its corresponding Warmind Node.

There are a total of 16 nodes to open and, by all accounts, all have the new seasonal weapons for the IKELOS line stored within them.

Finding the general locations aren’t tough. The clues are easy enough to decipher. But it’ll take some effort to actually find the specific node. If you have the resonance amp active, you should be able to hear an audio cue from that location.

For this one, you’ll first need to the landing zone on Beyond at the Southernmost tip of the map. You’ll then want to go to the right of the camp and follow the path to the very end of the road on your vehicle. The node will be on the cliff. And, if you’re looking at Jupiter on the horizon, you’re going the right way.

This is one of the easiest locations to decipher from the entire set. From the moment you teleport from the transmat location of Charon’s Crossing, head right of the Outpost until you see a broken part of the platform where the mesh is sticking out.

Drop down and you’ll see the node on the ledge next to a wall.

This node is found on a ledge underneath the ridge road that leads to Cadmus Ridge. The map isn’t completely accurate as you are below the topography but if you’re coming from Charon’s Crossing, go all the way before entering the Ridge, and look for a ledge at the end of the cliff.

From the Charon’s Crossing landing zone, you are going to take a right in the direction of Asterion Abyss. Once you’re in the area, follow the path until it takes you under a metal arch-looking structure. Immediately turn right and drop down to discover the node nestled in a corner.

From the Eventide Ruins landing zone, you’ll need to go to the right and walk towards the cliff past the path. Go over the edge of the cliff. Don’t worry though, there will be a ledge that leads to an Eliksni refuge inside a cave. There you will find the Node.

From the same Eventide landing zone, but this time you’re going left instead of right. You’re looking for a water tower, and underneath it, there’s a dome that’s submerged under the snow. Jump onto the catwalk and head left. The node will be there at the end.

This next set of nodes is acquirable from the Moon. From the Sanctuary landing zone, you are to head to the Archer’s Line area of the map and look for the ruined dome by following the ridge line on the right side after entering the area. The node is located on a catwalk to the left of where the entrance of the dome.

This next node is located in the same Archer’s Line area. To find this one, you’ll need to follow the path that runs parallel left of the gaping canyon North until you see a small jump. Stop immediately before the jump and you should see a walkable section that leads to a crevasse. You’ll find the node there behind a crashed Moon truck.

This next node is located in the Hellmouth area of the map. It doesn’t matter which landing zone you take both ways lead there eventually. Though the Sorrow’s Harbor landing zone is closer.

Once you’re in the Eastern part of the Hellmouth. Look for an outcropping and underneath it, you should see a tunnel with a green glowing lantern. A little way into the tunnel, there’s an alcove with the node tucked inside it.

This next node is located in the Anchor of Light area. The tower rotunda you’re looking for is can be first seen after entering the area from Sanctuary. Simply parkour to the doorway and you’ll find the node left of the entrance.

This node can be a little harder to find as it requires knowledge of the layout of the Scarlet Keep. From the Sorrow’s Harbor landing zone, go directly East until you see a circular altar at the lower part of the keep. North of the location, you’ll a cave underneath the Southern wall. Go inside and at a recess at the back, you will find the node.

The final node on the Moon is found across from the Sanctuary landing zone. Below the staging area where Erin Morn does her thing, there is a backdrop where you’ll see a ledge. And on it, you’ll find the final node.

And that’s it for the first part of the resonance amp locations. Check back with us when we reveal the locations of the final four containers on the Seraph Station.

Found after completing the first Scanner puzzle on the orbital station and destroying the Sentinel servitor on the other side of the gap in Engineering, this node is above the doorway to the next part of the station. So, instead of depositing your Scanner buff, go left and ascend the shaft until you reach the platform it is on.

Found after solving the Scanner puzzle with the deadly floors in Engineering and picking up the Operator buff for the first time, this node can be found in the servers room where the Cursed Thrall walks out. Look between the columns.

Done after doing the space wall along the hull of the station to Logistics. When you get back inside the station, you’ll find yourself in the Foyer. defeat the boss, and head to the right. You’ll see a hall with lasers and at the end of it is the node.

At the very end of the mission in the Control Nexus, before or after you’ve uploaded the virus, the node can be found at the back left of the room from where you entered. Don’t forget to pick it up before the mission ends.

And that’s all the Resonance Amp locations in Destiny 2 Season of the Seraph. Happy Hunting, Guardian.

Check out our other Season of the Seraph guides:

Check out this video from YouTuber xHoundishx where he shows you where you can find all the Resonance Amp locations on Europa and the Moon.