Destiny 2 Season 19 Season of the Seraph All Major Additions and Changes Coming to the Game – Exotic Reworks, New Armor Sets, and More 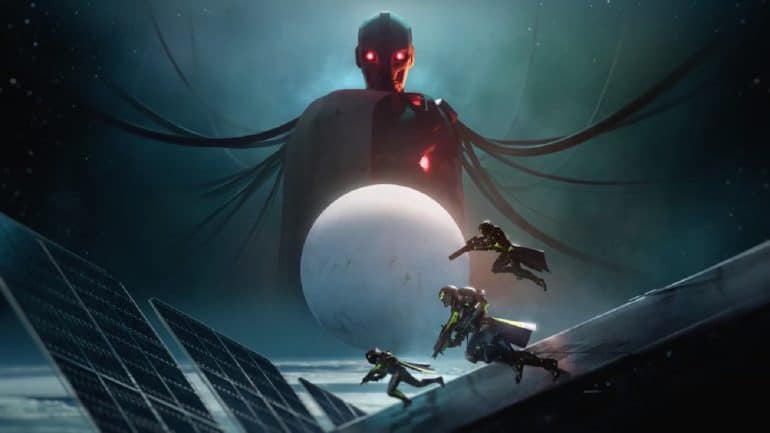 Destiny 2 Season 19 is starting off as a big mystery. It is now been announced to be Season of the Seraph. Even hours before the release of the season, Bungie has only scheduled the release of the trailer 4 hours before the start of maintenance. What is so secretive about this season that they’ve opted to not hype it up as they usually do? It would seem as though Bungie has added a lot more than previously expected. It’s a good start but we’ll see if it holds up until the launch of Lightfall.

For more information on the new season, check out our Destiny 2 Season of the Seraph article.

In this article, we’re going through all the Destiny 2 season 19 major changes that we’re excited about. You can see the full TWAB here, but be warned – it is a very LONG TWAB.

It’s been a while since Bungie has decided to shake things up in the ritual weapons loot pool. We are kinda sad that some of these are going to be vaulted but overall, we are happy with any sort of change at this point in time.

From the Assassin’s Creed set alone, you know that Bungie’s getting really ambitious with those crossovers. But that’s not all that was announced. We are also getting the Arc 3.0 High Voltage armor set, returning Taken King Iron Banner armor set, and a brand new Warmind-themed armor set to commemorate Season 19.

And that’s just the promotional stuff, what they left out to say are the new Season Pass Armor, Dungeon Armor, and the Dawning Armor sets.

This magazine mod combines the penetration from Armor-Piercing Round, the guaranteed ricochets from Ricochet Rounds, and the flinch increase form High-Caliber Rounds.

They will be added to certain

Starting in Season 19, Deep Stone Crypt weapons will be craftable. This is huge for anyone wanting to have that perfect weapon with your most desired perks. Additionally, the weapons will be receiving their own Origin Trait.

Here’s the catch though. You can’t farm the same raid over and over again if it’s not the featured raid for the week. This sucks but all the more reason to be there more often when it is the featured activity. And no, the first week of the season is not going the week that it is featured. Check out our weekly reset article for more on that.

We’re getting on a new dungeon. The details of which we’ll know more closer to its launch date of December 09. But based on the trailers, we might be looking at going to a space station.

In any case, look forward to new Legendary Weapons and a new Dungeon Exotic with the new armor set.

Starting in Season 19, players will no longer be able to obtain the following:

The items that you have currently will still be in your inventory but their only use now is to trade with Master Rahoor for glimmer. Additionally, items that once required them as part of a trade – enhancement core and prism, for example – will have those pre-requisites removed without changing their glimmer cost.

And finally, starting from Destiny 2 Season 19, you’ll be able to exchange the following items for glimmer:

Starting in Destiny 2 season 19, all shotguns are receiving a sweeping change with regards to the spread pattern. Think Apex Legends and and how each shotgun has a unique spread shape. Well, now each class of shotgun is getting the following changes.

Destiny 2 is getting a ranked system similar to other live-service games. It’s going to get a ladder system with different ranks and emblems. Unfortunately, there’s not much to it. Other than showing off your rank, there doesn’t seem to be much in the way of rewards for your working hard for your rank.

As for their reasoning for the lack of rewards, Bungie stated, “Since Competitive division is aimed at drawing a close link between Skill and division, we don’t see division as something to really grind for rewards. We don’t want someone to feel pressure to play tons of games looking for a drop, all while your Division Rating drops and you ruin your division standing.”

“Instead, we want the primary motivator to be your actual division. We aren’t going to be adding any unique grindable rewards outside of those you can get anywhere in Crucible, and really focus our rewards on weekly participation and achieving higher divisions.”

This is a new activity that’s part of the season, and similar to Psi-ops battlegrounds. Our Guardians, or Seraph agents now, are going to be deployed to multiple destinations to infiltrate Braytech facilities, bypass advanced defense systems, and neutralize hordes of Wrathborn.

You can expect this to have multiple stages throughout the season as more levels get added per week.

Along with the activity, we’re also getting a new Exotic Mission in the form of Seraph’s Shield. According to the description of the mission, Guardians must gain access to the most impenetrable facility in the solar system: a Braytech orbital platform above the Last City.

And it looks like this is going to be a weekly mission as we are going to be tasked to break through layers of security on a weekly basis with the hopes of reawakening the AI Warmind Rasputin before it falls into enemy hands. At some point before reaching the core, however, we’re going to get the new exotic weapon, the Revision Zero Scout Rifle. It will become available starting on December 20.

There are more or less 25 Exotic Reworks coming in Season 19 but in our opinion, many of the changes are merely a rebalance of damage values and barely fit the definition of rework.

Here are all the changes that are noteworthy.

The primary issue with Jade Rabbit in the past is that the gun was inconsistent. This change is meant to make the gun more reliable but we feel like it’s losing some of its charm because the gun would sometimes bug out and deal unbelievable amounts of damage seemingly out of nowhere. We shall see where this change goes when it goes live.

The idea of this is to encourage more variety in weapon and team compositions. One need only look at the King’s Fall raid Day One and you’ll find all three weapons being part of the vast majority of teams. That really isn’t good overall. Then again, there’s a reason why they’re powerful, to begin with.

The poster child of “Look at what they’ve done to my boy”, the once iconic DMT has seen nerf after nerf over the span of many seasons. Hopefully, this change is a sign that Bungie doesn’t want to completely kill this gun off.

As much as we want to say that this is a good change to the neglected Sniper Rifle, we believe that it is far better if they moved it from the Heavy slot to the Energy slot, where it truly belongs. It’s a fun little gun but it probably won’t see much action even after the change.

This one change has moved the weapon from a niche fun gun to a must-have ad clearing machine. With Chain Reaction on, explosions are going keep happening as long as there are enemies are close to each other.

Have to like this one. Even with the introduction of Arc 3.0 last season, Coldheart was still an underwhelming weapon. These new changes might be enough to get it over the edge and allow the weapon to see more use.

If you like to see things go boom then you’re really going to love this change. It’s not the most groundbreaking change ever but seeing the Grand Overture get some love really makes you feel good. At least it’ll perform as good as it looks.

For more information on the week’s upcoming scheduled events, check out our weekly reset article for the first week of Season 19 Season of the Seraph

Check out our guides for Season 19: