Here's everything that's in store for Destiny 2 starting on August 23, 2022 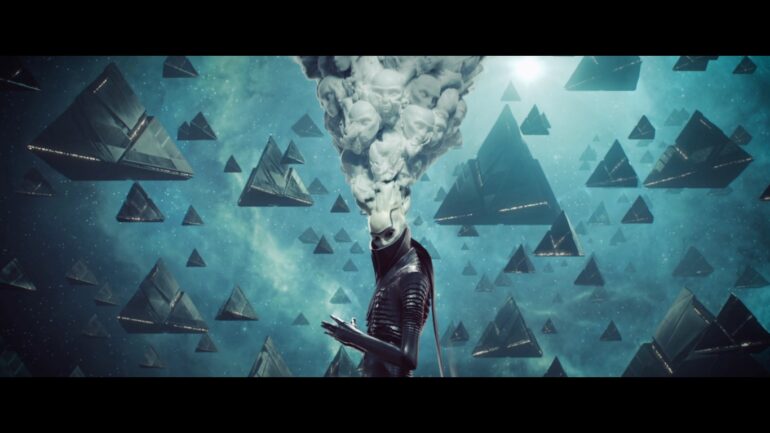 This week is the launch of Season 18 but that doesn’t mean that won’t be getting our weekly doses of Destiny 2 weekly reset updates. Here’s everything you need to know about Destiny 2 in terms of activities and other updates.

Of course, the big thing is the start of Season 18 and the introduction of ARC 3.0. This will take into effect after the Destiny 2 Showcase. Expect a brand new season pass and all the things that come with a new season of Destiny. (Namely story content and a brand seasonal artifact.)

The Destiny 2 Showcase will kick off at 9 AM PST this Tuesday. In this event, we are expecting plenty of reveals on top of Season 18 content. But look towards anything that hints at Destiny 2 post Lightfall expansion.

Also, small reminder. You can get a unique emblem in commemoration of the Showcase. And all you need to do is to link your Bungie account to your Twitch account and after watching 30 minutes of the events, you should see the reward on your Twitch Drops page.

Here’s how you can link your account, courtesy of Bungie support.

Be sure to set your alarms until the end of maintenance, guys. Don’t want to encounter any weird bugs that could potentially mess up your precious vault loot.

Festival of the Lost

This being a Season 18 update, we might as throw in the yearly event before moving on to this week’s activities. The yearly free-to-play event, Festival of the Lost, will return to Destiny 2 on October 18, 2022.

For the new season, the first featured Nightfall will be “The Glassway”. (That’s the Vex on Europa if you’re wondering.) It’s a nice and straightforward strike. Unfortunately, we don’t know yet the featured Nightfall weapon. We’ll update this article as soon as we know what it is. So stay tuned for that one.

For all our Crucible players, it would appear as though “Mayhem” will be making a return for the first week.

“Rift” will be featured as a rotator mode but not in this season’s Iron Banner. Instead, it will be in a weekly rotator in the Crucible available to play Week 1, 8, and 14, as well as Private Matches. Iron Banner will introduce players to the new “Eruption” game mode this season as well, might be worth a look-see.

Looking a bit into the future here, Trials of Osiris will bring back the “Lighthouse” on September 16. It’s a good thing that Iron Banner will return a little sooner starting on September 6th.

Up next we have Sandbox activities… starting with the undisclosed Raid. So Bungie has yet to announce what the Raid is but they did say that many of us Guardians are already somewhat familiar with it. (We’re assuming those Guardians who have been with the game for a very long time now.) We will update this article when we know more about it.

A lot of players in the community are convinced that the featured raid is going to be “King’s Fall”. Bungie’s been teasing it for a while now but we’re not calling it yet until we know for certain. What we are certain of, however, are the expectations Bungie has set up for the World First race:

Update: King’s Fall return has been confirmed as of the Destiny 2 Showcase.

From what we’ve gathered, this week’s Raid will be “The Last Wish” as well as the “Shattered Throne” Dungeon. This is very strange since we just had these for this week. It might be that it is a new season and we’re just getting an updated loot pool. If that doesn’t turn out to be the case, we will simply update the article with the right information. But seeing as Bungie is bringing back a reprised raid, don’t be surprised if they decide to bring back the “Garden of Salvation” Raid and also the “Pit of Heresy” Dungeon.

This week’s featured raid is indeed “Garden of Salvation”. And this week’s Dungeon is “Pit of Heresy”.

The featured weekly mission will be from the Witch Queen campaign. This week’s mission is “The Cunning”, it sees us following a lead from everyone’s second favorite conscientious objector, Fynch. We’ll need to search all four corners of the Throne World and find out how Savathun stole the Light.

We don’t know quite yet which armor pieces will be in rotation at the start of the season. We’ll update again as we get a feel for what comes next.

Dares of Eternity, in Season 18, is getting some subtle changes to its loot of items. Not only are the weapons getting a unique origin trait, but we could also see changes to the loot pool itself.

Based on what we can expect for this week the loot pool:

This can change at a moment’s notice so check back with us for an update if need be.

As for the weapons this week: (subject to change)

Secondly, Gunsmith reputation gained from dismantling Legendary or Exotic weapons and armor will be increased to 5 each (up from 3). All in all, we’re seeing a considerable boost to the rate at which Guardians rank up in this Vendor. How knows? We might actually get to reach that coveted reset before the end of season hits.

Typically, we should be seeing updates to the Eververse Store by now. Or at least a preview of what’s going to be shown. But that doesn’t seem to be the case for this week. It might be a surprise from Bungie. (*Cough* Collaboration)

Regardless, we’re just going to have to wait and see after the big reveal. We will update this article the moment we know what’s in the store for this week.

Check out this video from Youtuber xHOUNDISHx where he goes through what to expect for Destiny this week.