Here's what you can expect when Destin y 2 Arc 3.0 arrives. 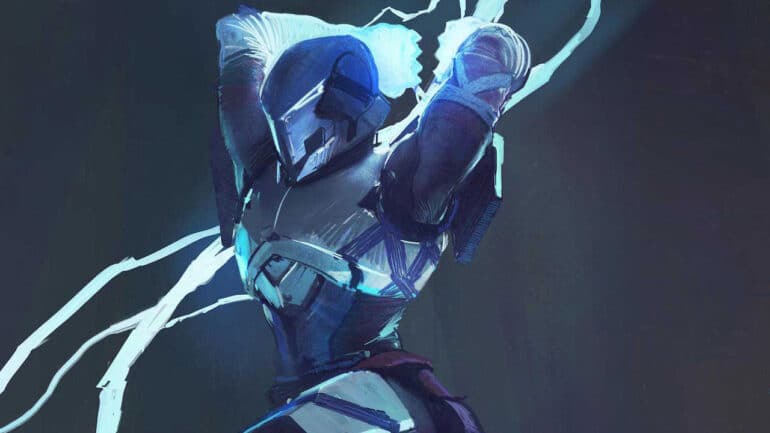 Destiny 2 Arc 3.0 just got announced today by Bungie and they leaked some juicy details about this awesome content.

The upcoming Destiny 2 Arc 3.0 is going to be introduced this coming August 23, 2022, in next week’s Destiny 2 Showcase. Fans will have their first chance to see it in action like the big overhaul that this new content introduces and the changes in the classes when this gets released.

The developers have shared some interesting details of their inspiration for creating Arc 3.0. According to them, one of the prime inspirations was the 2009 action movie Crank 2: High Voltage where Jason Statham stars in. They also said that Arc 3.0 is all about moving forward and “enabling aggression and those abilities.”

So what to expect with Destiny 2 Arc 3.0? The developers say that it will give players more flexibility over customizing their Guardian’s powers to suit their playstyle. It has also built or refactored the new and returning class and melee abilities for the modern Destiny 2 sandbox. This has now made the subclass more powerful.

There will be new buffs and debuffs in Destiny 2 Arc 3.0. The first new buff and the key to the new content is Amplified. Guardians who have the Amplified buff will become faster in terms of movement speed and weapon handling. They are more agile, can perform long slides, and more. They will not need to equip any specific Aspects or Fragments in order to have this buff. All Arc classes by default become amplified after rapidly defeating targets with any Arc damage.

An Amplified Guardian after sprinting for a few seconds will gain another boost in speed. This will give them a big PvE damage resistance buff and enables them a longer slide ability. As long as a player keeps sprinting even though they are not Amplified anymore, the Speed Booster will stay.

There will be two debuffs with Destiny 2 Arc 3.0, which are Blind and Jolt. In PvE, Blinded opponents will not be able to see and will be disoriented and unable to fire their weapons. In PvP, opponents will have their screens whited out and their HUD removed for a short period of time with a ringing audio effect that simulates the ringing in the ears after a flashbang explodes. Jolted opponents who are damaged will periodically send some small chain lightning out to enemies nearby them, which damages them too.

Ionic Traces is now available to all. Traces are objects that can be collected and will add energy to all your abilities.

The Hunter will have Arc lightning crackling behind him when he dashes towards enemies. He will now have the ability to get in close quarters quickly and effectively beat up some enemies. The Hunter’s Arc Staff Super is now returning with Destiny 2 Arc 3.0. They can now block and deflect projectiles with a press of a button as well as perform an armored dodge which makes them more resistant to incoming damage.

Another Arc-themed Super will be introduced too called the Gathering Storm. The Hunter leaps into the air, hurling their staff into the ground like a spear. When it makes contact with the ground, it will emit a damaging burst that jolts nearby enemies. In a few seconds, a giant bolt of lightning will strike the staff and overcharge it, which creates a large damage zone for several seconds. While it is still overcharged, the staff will send out arcs of lightning to damage enemies that move near it.

The Hunter’s Combination Blow ability has been retained on the melee side. The kills with Combination Blow will refund dodge energy, increase melee damage, and restore a small amount of health. Disorienting Blow melee returns as well.

Hunters will be able to choose from three Arc Aspects to customize their tactical style:

Arc Hunters will be getting back Blink movement too.

Warlocks will have two new Supers which are Chaos Reach and Stormtrance when Destiny 2 Arc 3.0 drops. The former lets players shoot concentrated beams of Arc energy out of their hands, while the latter lets them fire electricity from their fingers. This Super combines both the Landfall behavior and the Ionic Blink behavior.

Warlocks will have two melees too and both of them will utilize the power of lightning. The Ball Lightning melee will send out a floating ball of Arc energy that will detonate and hit them with electricity below from above. Chain Lightning will send out arcs of lightning that will strike and jolt the primary target and chain damage nearby enemies.

Three Aspects will be available for Warlocks:

Titans will now be more mobile compared to its previous versions with the help of Destiny 2 Arc 3.0. Two Supers will be returning with the upcoming content drop called Fist of Havoc and Thundercrash. Thundercrash will stay the same however Fist of Havoc now has an adjusted slam radius with the ground slam leaving a damaging field.

Arc Titans now have the new Thruster class ability. Double-tap a button and the Titan will burst in their throttle direction at speed, which makes them do a quick first-person evade. Seismic Strike shoulder charge will be retained, which blinds enemies. While being Amplified, it will increase the radius of the blind and the blinding effect will last longer. Ballistic Slam returns as well.

A new melee attack will be added called Thunderclap. Players will hold the melee button and the Titan charges up Arc energy that can be unleashed in either a quick jab or held and built up to be unleashed in a blast. The charged state cannot be stored and the Titan must be on the ground to charge the punch. A 90 percent charged Thunderclap can one-shot Guardians in PvP.

Like the other subclasses, Arc 3.0 Titans will have three Aspects to select from:

To complement the class-specific Aspects, Destiny 2 Arc 3.0 will also introduce a suite of new Fragments, which offer new perks to build upon as well as add bonuses (or penalties) to your Guardian’s intrinsic stats.

Here’s a look at a few of the Fragments to come:

Meanwhile, check out our other Destiny 2 articles below: