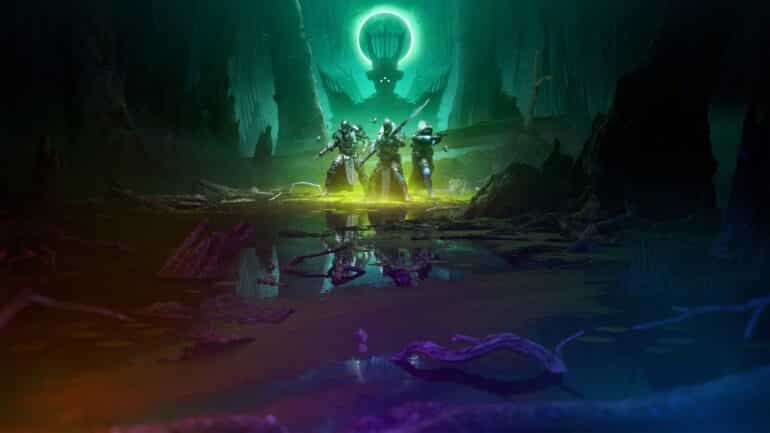 Destiny 2 had its ups and downs over the years. Destiny 2’s campaign has never been its strong suit. In most cases, the campaign within the expansion is the one time thing players go through just for the end game content in all aspects. Destiny 2 Witch Queen changes that notion drastically as it delivers the best campaign the series has ever had.

The year before has been great for Destiny 2 especially in terms of storytelling. After the disappointing expansions that is Beyond light and Season of the Hunt, the game made up for it with great storytelling from Season of the Chosen, Splicer and Lost. All of it culminating into what we see now in the Witch Queen.

In Witch Queen, we are hunting Savathûn, The Witch Queen who has managed to steal the light from humanity. The same power which helps us protect humanity is now been manipulated by the hive god of cunning.

The campaign frames itself as a mystery. A mystery to find how Savathûn got the light and how can we reverse it. I won’t be going any more into the story as it is best experienced without any spoilers. We follow Savathûn into her thrown world which is essentially a pocket dimension which reflects her mind. The story is good and can be followed without much of the seasonal context from last year but is enhanced by the little details that veteran players will no doubt spot.

It is not just the storytelling which makes this the best campaign of the series but it is rather the great level design. Levels are divided into combat encounters which have similar mechanics to raids and dungeons but more streamlined. In the campaign we face Scorn, Cabal, and importantly the Lucent Hive which are hive who can now have light based Overshield. On rare occasions, we encounter Hive guardians, those who wield the same power as us. Savathûn is great villain who is both vulnerable and menacing throughout the campaign.

These encounters were really fun especially in legendary as I tried to navigate and protect myself from their attacks and tactically tried to measure the best way to push them back. Each of the encounters are really well designed and paced out, and most of the boss fights are excellent. Gunplay has never been a problem for Destiny 2 and with Witch Queen it manages enhance the game with great level and encounter design.

By the end, it leaves you excited and satisfied with the story while teasing the future of the game. Not to mention the music is excellent as usual and the Throne World looks stunning.

Past the campaign there are a fun set of story quests to do and new activities which are unlocked all across the throne world. I have completed most of the campaign and story missions in the Witch Queen bar a few of them. I played the campaign solo on legendary. It took me around 10 to 12 hours to finish. I would recommend any veteran to play on legendary but the option for difficulty may vary from player to player. I am about 15 hours into the post campaign and seemingly at the end of it but I cannot be sure of that.

Destiny 2: Witch Queen also brings with it weapon crafting and updates to the Void Subclass. The Void updates have been great and the new customization feel great for build crafting. Weapon crafting is pretty good in its function but as of now feels a bit grindy. The new weapon type, the Glaive feels good wield and versatile when it comes to fighting. This may be alleviated as more sources for getting the materials are unlocked in the following days.

Destiny 2 Witch Queen also released alongside the Season of the Risen for anyone who has it. The seasonal storytelling is still great and the season runs parallel to the campaign’s story and is about containing the hive guardians so that they do not invade safe space while allying with the cabal to prevent the advance. The new activity, Psion Battlegrounds is pretty standard but fun and the exotic mission which came with it is really good and very unique as it is more or less a vehicle combat section. At this point, it’s looking like to be another solid season.

On the whole, Destiny 2 Witch Queen has the best campaign the series had ever offered bar none. With its good storytelling, great level design and encounters complementing the already great gunplay and loot Destiny 2 Witch Queen is simply excellent. And this is all before the release of the Witch Queen Raid which are often the best part of the game. I would recommend the campaign to anyone who is interested in the game new or veteran. I am excited for the raid and the post raid missions especially after this great campaign.

Be sure to check again to Sirus Gaming for my full review of Destiny 2 Witch Queen.