Meet every personality you'll encounter in Destroy All Humans! 2 Reprobed. 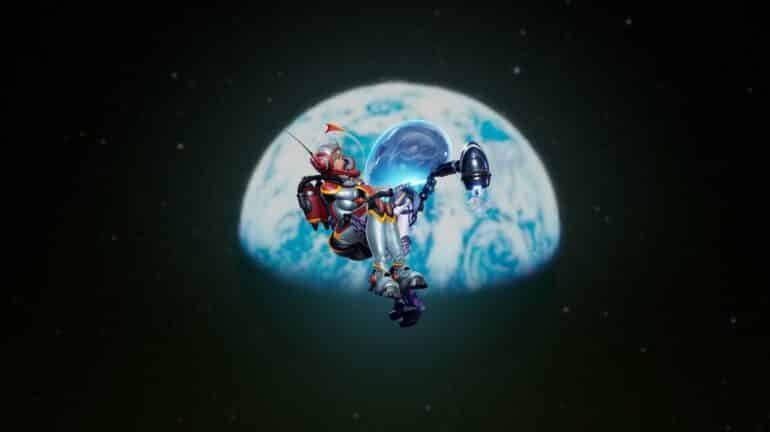 With a game as fun and quirky as Destroy All Humans 2 Reprobed characters do a lot to carry the game forward. Who wants to play a game without a boring cast? And is it even possible to make a game whose protagonist is a wacky alien whose goal is rather perverted in nature boring? Destroy All Humans 2 gives you a bunch of lovable characters that are quite satirical to get to know.

Here’s a list of all Destroy All Humans 2 Reprobed characters:

The main protagonist of Destroy All Humans 2! Reprobed. A member of a race of aliens known as the Furons, Crypto (also known as Cryptosporidium 136) is a by product of cloning from his race due to their lack of genitalia. Crypto is the first of his kind to have genitals which is largely the cause of his change in nature from the first game.

While he’s still okay with destroying the little humans that get in his way, his time on Earth has given him a broader perspective. Nowadays he prefers to watch TV, party, and commit debauchery. When the KGB blows up his mothership in the second game, he’s forced to take up his extraterrestrial arms against them to protect America and get some vengeance while at it.

Natalya is Crypto’s Earthly love interest. This Bonafide femme fatale is a defector from the KGB who snarks at many of the things Crypto does. While she was already very attractive in the original Destroy All Humans 2, Reprobed has give her a more sultry look dialing up the cleavage window.

Due to how easily distracted Crypto can be in his quest against the KGB, it’s often up to Natalya to bring him back to Earth and focus.

Orthopox-13 is Crypto’s commanding officer. As someone voiced by the guy who did Invader Zim, he’s much beloved by the fans. The sequel has him technically dying due to the mothership being destroyed by the KGB. However he downloads himself to Crypto’s Holopod so he’s still in charge.

Arkvoodle is also known as “Arkvoodle of the Sacred Crotch.” This was because his genitalia was so humongous in nature that it earned him his blasphemous title and a hippie cult following here on Earth. Arkvoodle is known for forcing Crypto to do petty things.

Shama Llama is the head of the Cult of Arkvoodle. Crypto rescues him from the police afterwards he becomes a regular quest giver. Once you’ve collected enough artifacts, he’ll give you one of the game’s strongest weapons.

The Freak is a drug dealer who also acts as an informant in Bay City. You’ll meet him several times and he’s usually always stoned.

Coyote Bongwater is one of the antagonists of the game. He’s a “spiritual leader” who’s been distributing a drink that degrades Furon DNA in human genes.

Prudence Kane has little involvement other than being the girlfriend of Coyote Bongwater. She does try to push Revelade, the drink the degrades Furon DNA in human genes, to everyone else which makes her a threat.

Ivan Oranchov is the agent-in-charge of Bay City who’s working towards the destruction of America.

A doctor Crypto meets in Takoshima who’s allied with the White Ninja clan. He knows quite a bit about the KGB.

Crypto’s main “love rival” for Natalya’s affection. Sergei was the one who trained her in the academy. He’s also curious about the KGB’s true motives.

Gastro was the main cook and janitor in the mothership before it blew up. He also downloaded himself into the Holopod to survive.

Sgt. Fauxhall is a quest giver who sends Crypto out to do a few jobs for him.

The White Ninja Leader who originally wanted his clan to be black. The war with the Black Ninja clan kicked off due to them having put in the order for black ninja garbs first. And gray was no longer available. This guy is a little bit eccentric.

The Black Ninja Leader who’s in league with the KGB. The war kicked off between him and the White Ninja Leader due to something as crude as their color of clothing.

Yamanasoku Hiroto is the leader of the West Yakuza who gives Crypto the quest to lure out Kenji Mojo because of a comment he made about his wife. Unlike his eastern counterpart, he wears a peace sign on his suit.

Kenji Mojo is the leader of the East Yakuza who enraged Hiroto by claiming his wife is prettier.

Other people are having a lot of fun with Destroy All Humans! 2 Reprobed. Check out this Youtube gameplay video from MKIceAndFire showing a walkthrough of the game.