All Psi Powers in Destroy All Humans 2 Reprobed 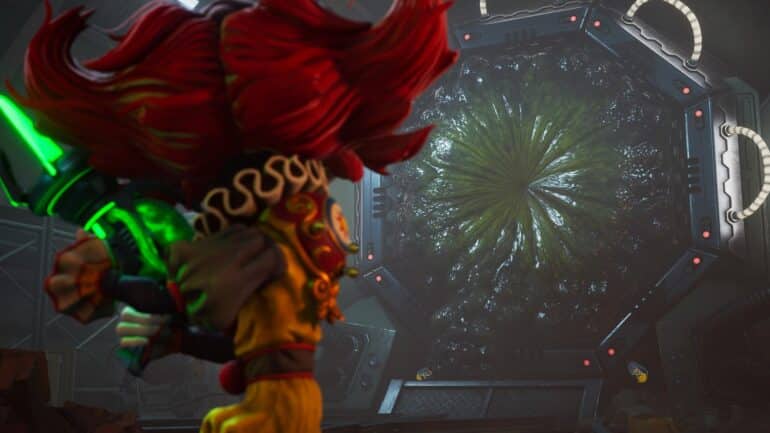 The ample use of psi powers is part and parcel of the Destroy All Humans 2 Reprobed experience. But Crypto, being the lovable menace that he is, appears to use his powers far more frequently than the rest of his people, and all for the express reason of world conquest.

In this guide, we’ll list out all the psi powers Krypto can obtain throughout the course of Destroy All Humans 2 Reprobed. One thing to note though, unless personal and ship weapons, psi powers are locked to story progression. The good news is that you don’t need to finish the mission to obtain them. You actually start the mission with said psi power, which is cool.

Snatch a human body and walk among humans undetected. Ensure there are no witnesses – or at least none that live to tell the tale. Take care when jumping from great heights. Snatched human bodies are fragile.

Bodysnatch is your main way of infiltrating human society. It is used to move around places without raising suspicion. Some missions even require you to be part of a specific faction before allowing you to speak to them.

Read a human’s mind – try not to gag at their primitive thoughts.

Cortex scan is the means of prying into human thoughts. Most of the time it’s all random comedic random lines. It’s still a mission-critical ability that comes into play more often than not. If you have nothing else to do in between bouts of destruction, you can always check what goes on in the minds of humans. (Nothing much, really.)

Forcibly extract a human’s brain for easy pickup. They were not going to do anything useful with it anyway. Warning: This is always fatal for humans.

Brain extraction doesn’t have the same importance it once did in the first game. Brain juice doesn’t get much use besides resetting ability points. It’s still somewhat fun to extract brains but there’s nothing more to it than that.

Psychokinesis too cumbersome? Force a human to follow you, and, if suitably armed, defend you with their life.

Follow is an underutilized ability. It’s a good way to get a human to a location without raising suspicion. If your follower has a weapon, they will use that weapon to defend Crypto to death.

Erase a human’s short-term memory. A useful ability to prevent them from remembering what they just saw.

Remember getting flashed by the MIB? (Too old?) Yeah, it’s the same thing, if only slower, and affects only an individual. It’s best used on witnesses to prevent them from calling the cops to your location.

Lift objects or humans with PK in combat, or as a novel means of transportation. Drop them once bored, or charge up and toss them for maximum effect.

While levitating a human or object with PK, switch to slam mode by pressing (L3 & R3) to deploy it as a weapon at medium range. Repeatedly push levitated humans or objects at targets to add insult to injury, or slam them into the ground for a violent effect.

It’s telekinesis – but with added options. Simple and effective.

Convert objects into ammo for weapons. Even Furons cannot fully predict the outcome of a transmogrification: multiple attempts may be required to obtain the desired type of ammo.

There’s no actual way to reload weapons in Destroy All Humans 2 Reprobed. The only way is to break down objects to reconstruct them from the atomic level. Problem is, that results are often mixed. You don’t know what kind of ammo you’re making until it’s done baking.

Stun all nearby foes and their vehicles to temporarily gain a tactical advantage, snatch a body, or make a getaway. Collect brains to speed up the recharge process.

Mind Flash is what you bring out when you can’t be bothered to kill a bunch of humans or you really don’t want to kill a specific target in a sea of moving targets. The move appears to render everyone on the map unconscious. It’s got a long cooldown, however. So whatever mischief you’re thinking of, you’d better act fast.