What exactly happens in Destroy All Humans 2! Reprobed ending. 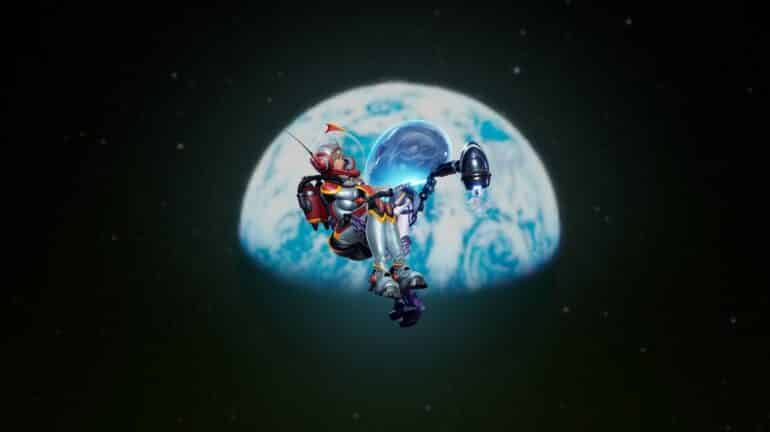 The ending of Destroy All Humans 2 Reprobed is rattling everyone’s cage. When you have an omni-powerful alien that can practically do whatever it wants on planet Earth, there’s sure to be some lines crossed that we humans might consider a taboo. So what exactly happens at the end of Destroy All Humans 2 Reprobed? We’ll do our best to explain but be careful because there will be spoilers ahead.

What Happens in Destroy All Humans 2 Reprobed Ending?

Crypto and Natalya kiss in outer space despite the spacesuits. However the happy ending is cut short after Natalya takes a laser blast to the torso where she falls down. This enrages Crypto who swears revenge of Milenkov, who is in charge of the KGB.

It turns out that Milenkov was actually a Blisk alien who’s manipulating the Soviet Union in an attempt to conquer the Earth. The final battle on the surface of the Moon was the final moments of the evil extraterrestrial plan for a hostile takeover. Crypto, who’s a significantly less evil alien who’s grown a fondness for humanity, has saved the world.

The final scene then cuts to Crypto in Japan relaxing on a beach and looking at a distant snowy mountain before being interrupted by the Holopox. Crypto claims he couldn’t answer his boss because he was working on a science project. After being berated, his boss gets tossed into the sea as we get to see Natalya walking out of it in a bikini. And she has all new improved psionic powers.

So what exactly happened? Didn’t Natalya get shot by Milenkov in outer space? Did she survive?

Natalya did die in outer space when she was shot by Milenkov. The ending of Destroy All Humans 2 reveals that Crypto cloned Natalya so he can finally sleep with her. This means that the Natalya that we see in the epilogue is actually just a clone and the real one is already deceased.

This is actually revealed in the Path of the Furon. Natalya is just a clone who unfortunately have short lifespans. She doesn’t survive the 70s and passes on before Crypto builds his casino.

Does Crypto And Natalya have a sex scene in Destroy All Humans 2 Reprobed?

It’s heavily implied that Crypto and Natalya did have sex. Well, Crypto had sex with Natalya’s clone at least as he did make her in order to sleep with the bombshell KGB agent. Although nothing explicit is shown on screen as Destroy All Humans 2 Reprobed is rated T, Natalya does describe Crypto as insatiable which all but confirms it.

Check out this Youtube video from GameClips showing the relationship between Natalya and Crypto throughout Destroy All Humans 2 Reprobed.