Is Transmog Available in Diablo Immortal? 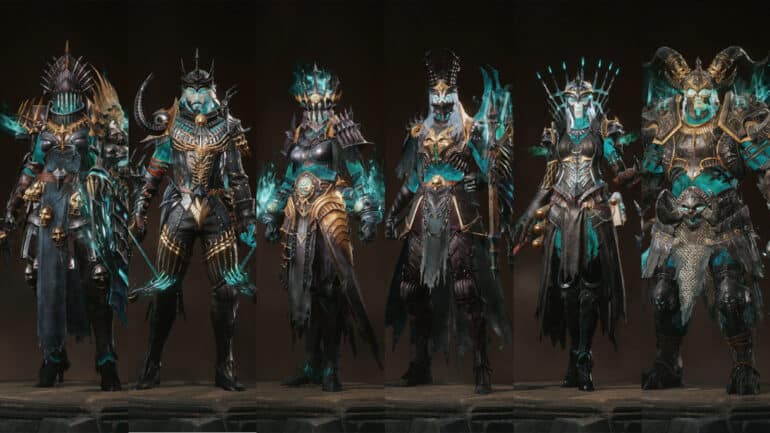 For those who are unfamiliar, transmorgification, or “transmog” for short, is a way of getting the model or appearance of a certain weapon or gear in the game and applying that on a different weapon or gear without changing its stats. For example, you like how Weapon A looks like, but Weapon B’s stats are more superior. You can transmog Weapon A on to Weapon B and still keep Weapon B’s stats.

So in a way, transmog is similar to how cosmetic items like skins work. The main difference between the two is that cosmetic skins on their own are items with no intrinsic stats (some do provide minor boosts in some instances), while items that can be transmog’d are usually the same items that you can pick up or farm for in the game, like your usual weapons or armor. In essence, with our previous example, Weapon B can also be transmog’d on Weapon A, if you wish to.

Another difference between skins and transmog is the ability to freely switch skins, while in most cases for transmogs, it’s a more semi-permanent thing and switching often costs the players something.

Can you Transmog items in Diablo Immortal?

Sadly, no. The transmog feature is not available in Diablo Immortal as of this writing.

Aside from the usual premium cosmetics and the resonance skins, the closest thing that Diablo Immortal has to the transmog feature right now is the Essence Transfer system.

Although Essence Transferring does change an item’s appearance, it also changes one of its stats. Usually, players would perform a transfer for the purpose of getting the essence on their better item and not just for its model.

Back in December of 2020, an AMA with Diablo Immortal’s Lead Designer and Lead Producer gave an opportunity for the question about the implementation of the transmog system to be asked. However, they mentioned that they were not looking at implementing it, but rather they mentioned a similar system to what seems to be the game’s current Essence Transfer system.

Nevertheless, it’s still a system to possibly look forward to seeing in the game. As for if it’s going to be a free feature or a purchase-gated one, we all just hope that the game will go for the former option.