Dying Light 2 How to Fast Travel – All Metro Station Locations

Learn where and how you can fast travel in Dying Light 2. Includes the locations of Metro Stations in the game. 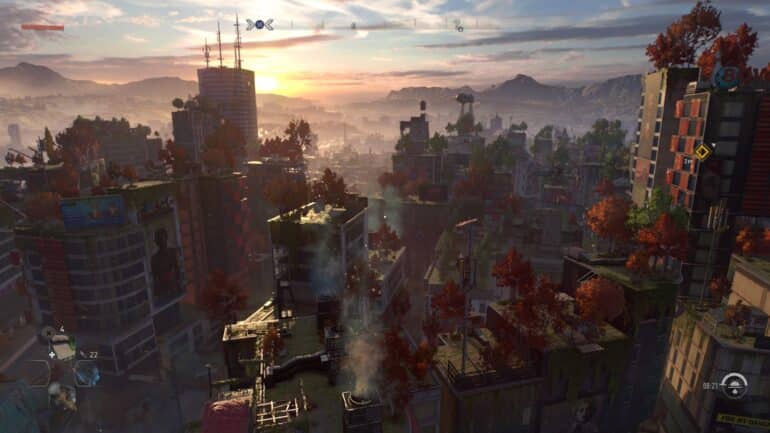 The only way to fast travel in Dying Light 2 is by liberating Metro Stations scattered across The City. Unlike other open world games which let you fast travel by simply looking at a location in your map, you’ll have to find these subways in The City.

Early on in the game before you’ve infiltrated the Peacekeepers, you will not be able to access these subways. You’ll come across them on the open world but they’ll be boarded up until you progress enough into the story. In fact, it’ll be quite a few hours into the game before you can even access fast travel.

How to Fast Travel in Dying Light 2

To fast travel in Dying Light 2 open your map in the Player Menu and hover over the Metro Station located in every district of Villedor then press and hold square to fast travel. You can only fast travel to Metro Stations and nowhere else in the game.

How to Unlock Fast Travel in Dying Light 2

You’ll be able to unlock fast travel after the “Let’s Waltz!” main story mission. Shortly after you emerge from the Downtown Metro Station you’ll get the notification that you’ve unlock Fast Travel.

Powering Metro Stations dispersed across The City is the only method of fast travel in Dying Light 2. In fact, they’re a requirement if you want to platinum Dying Light 2. You can check our article for the Dying Light 2 Stay Human trophies and see that it’s part of the Tube Map silver trophy requirements.

After finishing the Let’s Waltz! story quest you can finally get inside Metro Stations by jumping over the entrance blockade. Here’s how to find all of them and how to liberate each.

To unlock and liberate Metro Stations you’ll have to:

The best way to liberate most Metro Station subways are at night time. There’s too much infected inside during the day. There are a couple of Metro Stations scattered across The City. Here is where you can find them all:

You’ll have to power up this Metro Station. You may find it during free roam boarded up early in the game. But you can’t access it until after the Let’s Waltz! story quest.

This is a Peacekeeper settlement. Part of the main story missions. You don’t need to power this up to use it for fast travel.

Part of the main story, this is the very first Metro Station you unlock. You’ll unlock this fast travel location shortly after emerging from the Let’s Waltz! mission.

The Metro Station is just under the Fish Eye Canteen settlement. Very convenient for quick access to a bed and supplies.

Metro Waterside – Coast of The Wharf

Metro Waterside is in the center of The Wharf just at the coast before you hit the ocean.

The flagship of the Peacekeepers. Unlike subways you don’t need to activate generators. You can automatically fast travel here after you’re invited by Jack Matt. It has its own metro station below which you’ll be given access to.

You can find this Metro Station at the bottom of the region. Unlike other Metro Stations, King William Bridge doesn’t have any blockade at the entrance. Renegade forces are also occupying it instead of Infected.

Unlike other Metro Stations, you can safely raid this fast travel subway during the day.

This Metro Station is guarded by Renegades. No need to individually turn on generators. Just defeat the Renegades and turn on the switch to unlock this as a fast travel location.

Located to the right side of the cathedral in the center of the island this Fast Travel is infested with Infected this time and not Renegades.

This Metro Station is populated by Renegades. Defeat them and turn on the power to unlock this fast travel location. You’ll have to turn on the emergency generators at the bottom first though.

For every Metro subway you unlock for fast travel you’ll be rewarded with an Inhibitor you can invest into your health and stamina. They’re usually found in GRE containers scattered all over The City in Dying Light 2. Check our guide for Dying Light GRE containers locations to find out where they are.