Dying Light 2 Multiplayer – How to Play With Friends

Always good to have someone watching your back in The City... 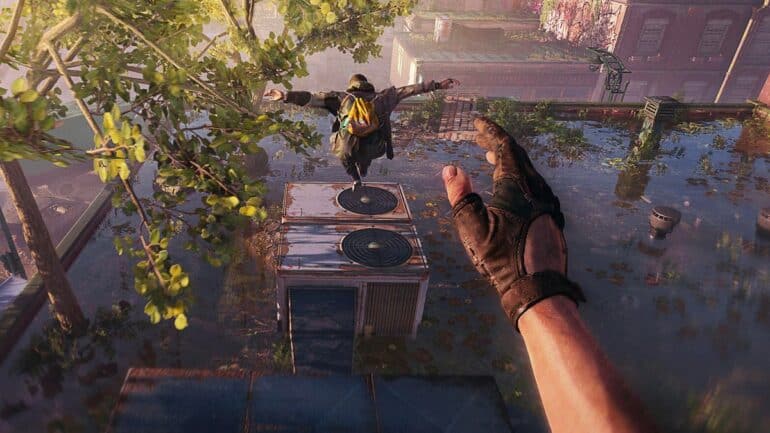 How to Play With Friends in Dying Light 2 Multiplayer | PC, Xbox, PS4 and PS5

In order to play with friends in the multiplayer of Dying Light 2, you first have to enable it by going to the Online Menu and changing your Singleplayer status from Online Options.

Once you’ve changed enabled Multiplayer, your friends can now see your status depending on your settings. They can join you depending on what you’ve set your Online Options to.

How to Unlock Multiplayer Co-op in Dying Light 2

You can only invite or join other players once you’ve reached a certain point in the game. After getting your biomarkers in Markers of Plague story mission, you’ll finally be able to unlock the open world of Dying Light 2. From that point, you can join other players or invite them to your game.

How to Join Your Friend’s Game in Dying Light 2

You can join a friend’s game in Dying Light 2 by ensuring they’ve enabled their multiplayer. You can refer to the instructions above if they aren’t aware how to.

You’ll have to make sure they’ve added you up as a friend first and vice versa. This can depend on the platform you’re playing on. Ask your friend if they’ve finished Markers of Plague story quest mission as they won’t be able to invite nor join anyone’s session until then.

Here is how to join your friend’s game in Dying Light 2:

How to Join a Public Game in Dying Light 2

Don’t be worried about joining a stranger’s game. They did set their Online Options to Public.

Does Dying Light 2 Have Crossplay?

Dying Light 2 does not have crossplay. If you’re playing on Xbox and wish to connect to someone on PC or PS4, you’re out of luck.

Like mentioned, there are caveats to the game’s multiplayer. Cross-platform play is not featured in Dying Light 2’s multiplayer. Techland has made no announcements on whether they plan to implement crossplay in the future.

For reference, the first Dying Light game did not have crossplay. Though it may be possible that Dying Light 2 might implement it in the coming future.

Dying Light 2 on launch will not feature cross-gen. Those who are playing on PS5 cannot play with those who are on PS4. Although unlike crossplay, Techland has confirmed their plans to implement cross-gen play sometime in the future.

If you’re looking to play with a friend in the previous gen, you’re going to have to do some waiting. We still have no clear announcement from Techland when they’re planning to implement cross-generation play.

How Many Players in Dying Light 2 Co-op?

You can co-op up to four players in Dying Light 2. Ostensibly there are four diverse classes which you can take advantage of to play to each of your strengths. Feel free to explore Villedor in a party of four as you support each other and progress through the game.

Does Dying Light 2 Have PvP?

Dying Light 2 will not have PvP. Unlike the first game which allows players to take control of the infected that hunts other players at night Dying Light 2 is absent of that feature. Players cannot invade your game during nighttime.

Dying Light 2 boasts a narrative with multiple different endings. The factions you, as the player, choose will effect the world. For this reason, you may join up with someone who’s world may not be entirely familiar at all.

For example, you could have chosen to side with the survivors instead of the peacekeepers whom your friend chose. If you join their game, you’ll notice that your friend’s world is different from yours due to the fact that there was a branch in narrative. Here is our guide for all the city factions and how to level up city alignments in Dying Light 2.

Of course, joining a player who significantly progressed the game further than you might stunt your experience. Learn how to improve your stamina and health fast with our Dying Light 2 GRE Locations guide. We also have a guide for how to get Old World Money fast if you’re interested in buying the best equipment from vendors.

For more Dying Light 2 content, check out our other articles: